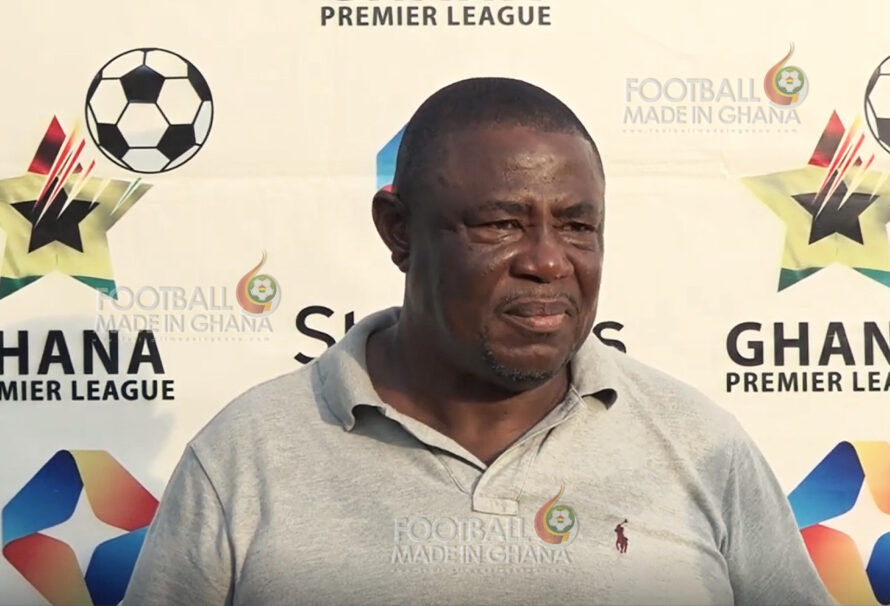 Head Coach of Aduana Stars Samuel Paa Kwesi Fabin remains tight-lipped on his side’s chances of winning the league after closing the gap with the Top placed teams.

Aduana Stars entered the Top 4 on the league log for the first time this season following their crucial 1-0 win over fellow contenders Asante Kotoko in their Ghana Premier League Match Day 10 fixture on Sunday.

The result increases their point tally to 16, same as Kotoko and just 2 behind leaders Karela United.

This is after the club overcame a difficult start to the campaign when some key players namely Caleb Amankwah, Nicholas Opoku left the club over failure to renew their contracts.

Asked on his side’s chances of winning the title after the win, Paa Kwesi Fabin choose silence as his answer and quickly seized the opportunity to clamor for additions to bolster his ‘tiny’ squad.

“We still need some one or two-three boys to come and add to the team to make it a very formidable one,” Coach Fabin revealed in the post match interview.

“So we’re trying so we’ll see what happens,” he concluded.