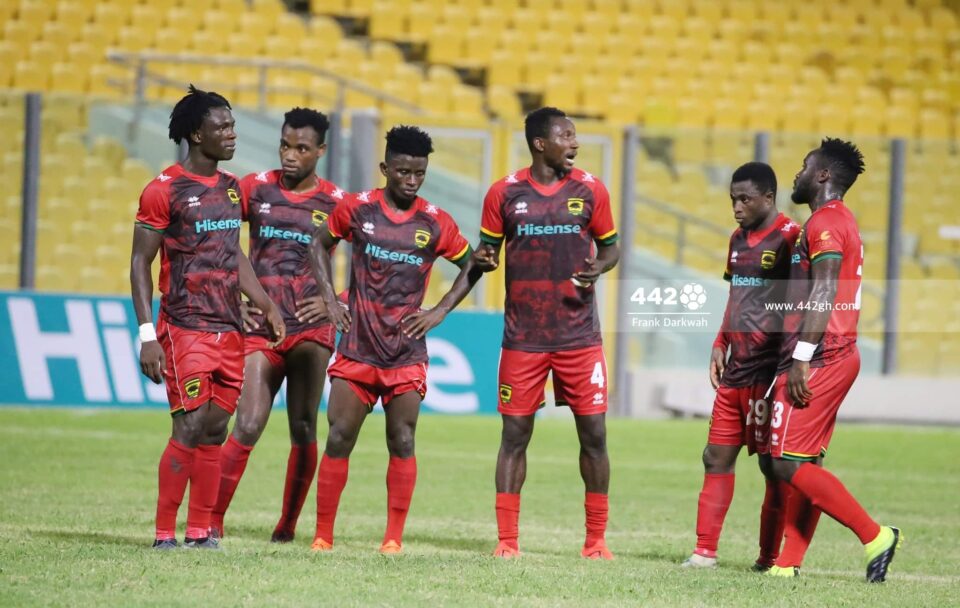 The era of football player managers and agents influencing transfers has been Asante Kotoko’s bane, a legend of the club has suggested.

John Smith Bannerman, a former Asante Kotoko winger is convinced, the modern trend where player managers who wield much influence get top clubs to sign their players is doing more harm than good.

According to him, this has led to clubs like Kotoko signing players who are sub-standard and not fit for the Kotoko brand.

Bannerman who belongs to the Asante Kotoko triumphant squad of the 1980’s said during his days, supporters aided in recruitment by scouting for the best talents across the various regions and recommended them to management.

He said this helped the club to assemble the best of talent for the team.

He lamented the recent trend where player agents meander their way through to get top clubs to sign their players not mostly on merit but by influence and blamed this as a reason the club isn’t signing top level talent anymore.

In an interview with Silver FM, Bannerman said, “During our time, supporters played a key role on recruiting top talents across Ghana. Take me for instance, the Kotoko Circles in Sekondi-Takoradi recruited me for the club.

“The supporters are very crucial, they were in the regions to monitor Players. So if they see a player who is good, they are the ones who recommend them to the club.

READ ALSO:  'I would never appoint a foreign coach for Kotoko if'.... Samuel Opoku Nti

“Supporters used to be crucial agents of the team building process, but this time around because of player managers and agents, they are not signing the right players for Asante Kotoko,” he added.