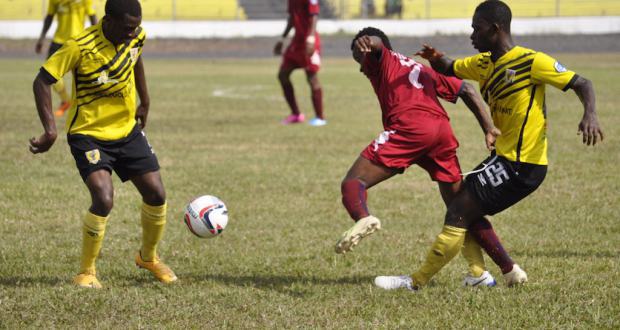 Former Ashantigold midfielder Alhaji Sannie has added his voice to the issue of player exodus in the Ghana Premier League.

Player exodus has become a canker for the Premier League with players leaving to seek greener pastures after just one season.

According to the former Ashantigold and Karela United midfielder, most of the players he gets in touch with who play in the local league are not doing well financially.

“Playing in Ghana is not lucrative at all. Nowevery player in Ghana wants to go abroad.
I speak with some players, and they are not doing well financially because they are paid poorly. Something must be done by those in charge”, he revealed to Ohene-Bampoe Brenya on Happy Sports on Happy 98.9 FM.

The midfielder also revealed he has not retire from football despite not been active for sometime now.

“I have not fully retired from football yet but at the moment, I am home. I am thankful and happy about my success in football. God has done a lot for me” He added.