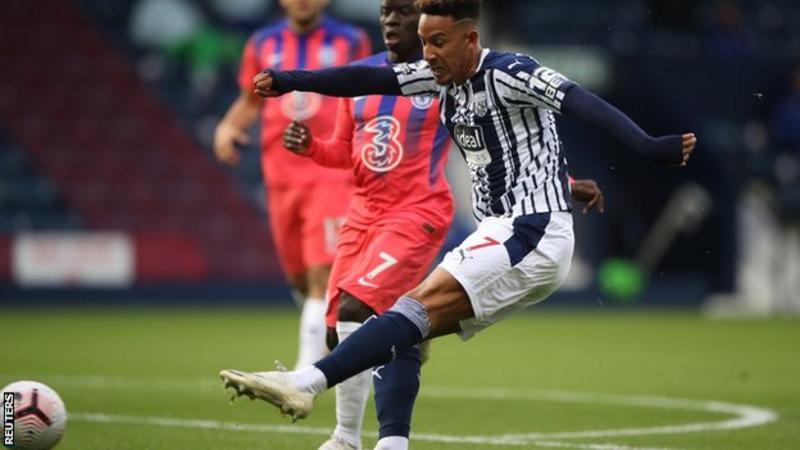 Tammy Abraham scored a last-minute equaliser to finish an extraordinary comeback to rescue a point for Chelsea at the home of West Bromwich Albion.

Chelsea were down 3-0 at half-time with Frank Lampard looking very frustrated with his team at the blow of the first-half whistle.

In an exhilarating match, West Bromwich Albion seemed to head for their very first win back into the Premier League after racing into a commanding lead inside the opening 30 minutes at The Hawthorns park.

An error caused by Marcos Alonso resulted in the hosts’ first, Matheus Pereira feeding Callum Robinson to produce a classy finish past Willy Caballero, who was beginning in a place of dropped ₤71million goalkeeper Kepa Arrizabalaga.

Thiago Silva, who was making his Premier League debut for Chelsea after his move from Paris Saint-Germain, was then too week in possession, permitting Robinson to pounce and run at goal before doubling the lead with another impressive goal.

Chelsea failed to handle a corner kick which led the unmarked Kyle Bartley to tap in from inside the six-yard box to make it 3-0 before the break.

Frank Lampard’s side, however, rallied after the break, and Mason Mount minimized the deficit from 20 yards.

Callum Hudson-Odoi came on in the second half and set up a tense ending with a trendy second goal, before Tammy Abraham, making his first top-flight start of the premier league season, tapped in the equaliser in the 93rd minute after Mount’s shot had actually been saved by the West Bromwich Albion goalkeeper. Final score, West Bromwich Albion 3 – 3 Chelsea.