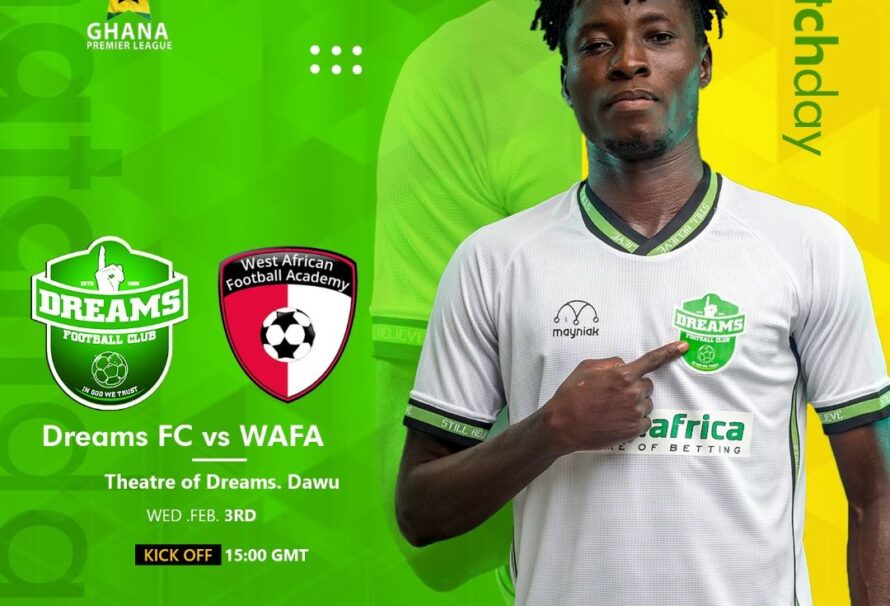 The Still Believe lads are currently on an impressive run of five games without a defeat (W2, D3).

Coach Vladislav Viric will be counting on in-form Agyenim Boateng Mensah to continue their purple patch against one of the tricky opponents in the division.

The striker has found the back of the net in each of his last two appearances for Dreams (3 goals).

Meanwhile, WAFA travel to Dawu at the back of their 5-0 thumping of Liberty Professionals at the weekend.

The free-scoring Academy boys have attacking talent in abundance, but one name that has stood out in the ongoing campaign is Augustine Boakye.

The attacker has the most goal contributions out of any player in the league this season (13).

The talented youngster has scored 4 goals and provided 9 assists along with 3 Nasco Man of the Match awards to match.

He is expected to play a major role in the outcome of the game at Theatre of Dreams tomorrow.