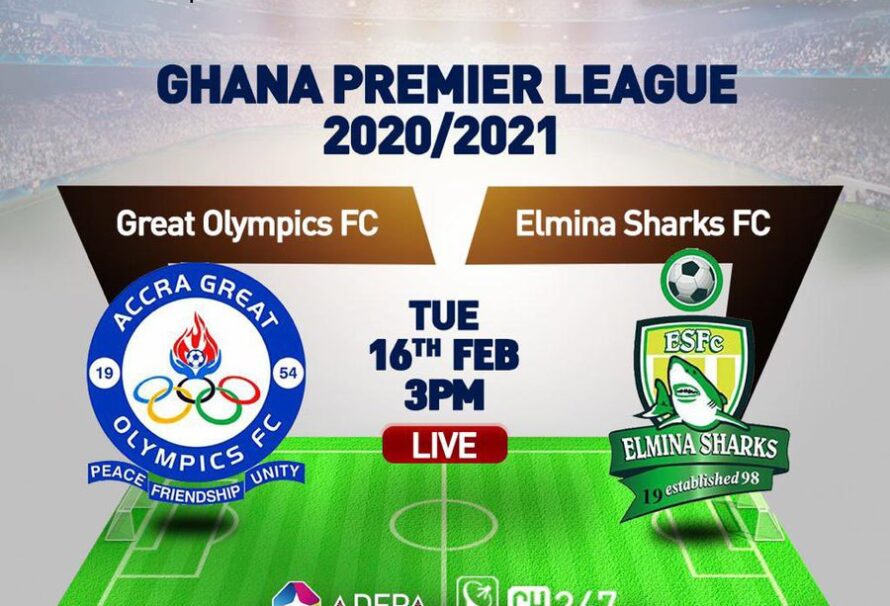 Great Olympics will host Elmina Sharks on matchday 14 of the Ghana Premier League on Tuesday.

The game is scheduled for 3pm kick off at the Accra Sports Stadium. It will be broadcasted live on StarTimes Adepa channel 247.

The Dade boys will be looking to counter back from their 3-1 defeat to Bechem United last week.

Olympics boast of a good home record, having beaten Hearts and Kotoko in the capital.

The returning Coach Annor Walker is expected to rely on captain and talisman Gladson Awako to inspire the boys to victory.

The Sea Animals are unbeaten in their last five league fixtures, having picked four points from a possible 12.

The Nduom Boys currently sit 12 on the table and will be hoping to pick all three points in the match.