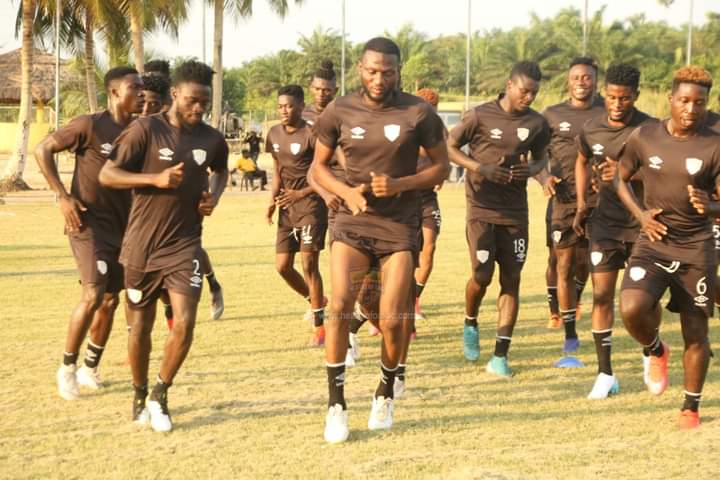 Hearts of Oak will host Ebusua Dwarfs on Matchday 15 in the ongoing Ghana Premier League on Sunday.

The match is scheduled for 3pm kick off at Accra Sports Stadium and will be broadcasted live on StarTimes Adepa channel 247.

It has been a tumultuous week for Hearts, which has been marked by mass resignation by the technical team followed by a revolt against the club’s management by irate fans.

Head coach Kosta Papic quit the job on Monday citing some irregularities impeding his performance at the club.

The Serbian’s departure preceded another resignation from the goalkeeper’s trainer, Ben Owu, as well as Team Manager, Saban Quaye, who was asked by management to leave the club.

Hearts U-15 coach Seth Nii Noi has since been promoted to take charge of the first team on interim basis.

The gaffer will be aiming to change the mood with a convincing performance against the Mysterious club tomorrow.

Meanwhile Dwarfs are yet to lose a game to any Accra-based side in the ongoing campaign.

The visitors know there is no better time to face Hearts of Oak who seem to have lost their direction on and off the field.