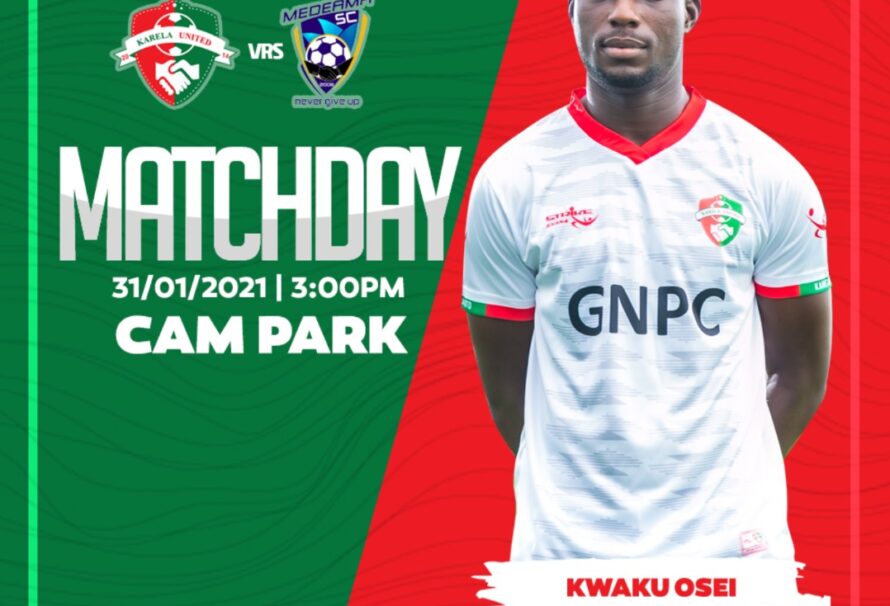 League leaders Karela United and Medeama SC face each other in the highly anticipated Nzema derby on Sunday.

The Matchday 11 fixture is scheduled to kick off at Crosby Awuah Memorial park at 3pm.

Karela are the bookmakers favorites after going close to three seasons without losing at home in a competitive match.

United will seek to consolidate their lead at the top of the table while Medeama will hope to cause an upset and improve their stock on the standings.

The mauve and yellows sit in 9th place with 14 points, four behind their opponents, Karela United FC who occupy the top spot in the Premier League standings.

But he will rely on striker Abass Mohammed who has netted four times so far in 10 matches.

Abass scored a brace for Medeama in their 2-1 win at home to Inter Allies.

But the CAMS Park is a difficult hunting ground for any visiting team where Karela United have huffed and puffed.

Medeama is the only team to have beaten Karela at their own backyard after recording a 2-0 win in memory of the late Senator David Brigidi back in October 2018.

However Medeama have won and drawn against the Aiyinase based- side since their friendly encounter two years ago.