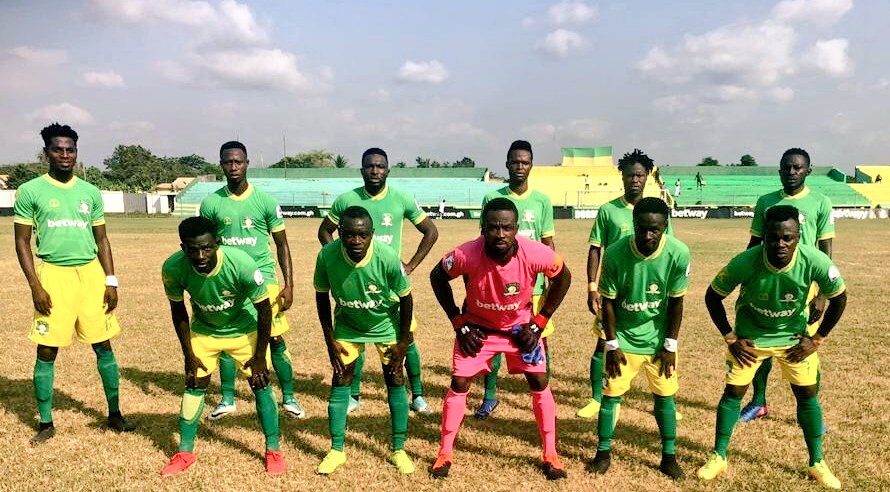 Liberty Professionals will look to turn their fortunes around when they host Aduana Stars at Carl Reindorf Park on Wednesday.

The Scientific Soccer lads ended the month of January without a win, having recorded just one draw from five matches.

Liberty currently hold the unenviable record for the longest consecutive losing streak in the league (4).

The Dansoman-based outfit are also one of the league’s lowest scorers with just three goals this season.

Time is running out for under-fire Liberty coach David Ocloo who desperately needs results to keep his job.

In their way is Aduana Stars, who picked up an impressive 10 points from five matches in the month of January.

But Ogya boys have won just once on the road so far, against Asante Kotoko in a matchday 10 fixture at the Accra Sports Stadium.

Coach Paa Kwesi Fabin’s side will be aiming to return to winning ways after their 2-2 stalemate with Ebusua Dwarfs in Dormaa over the weekend.