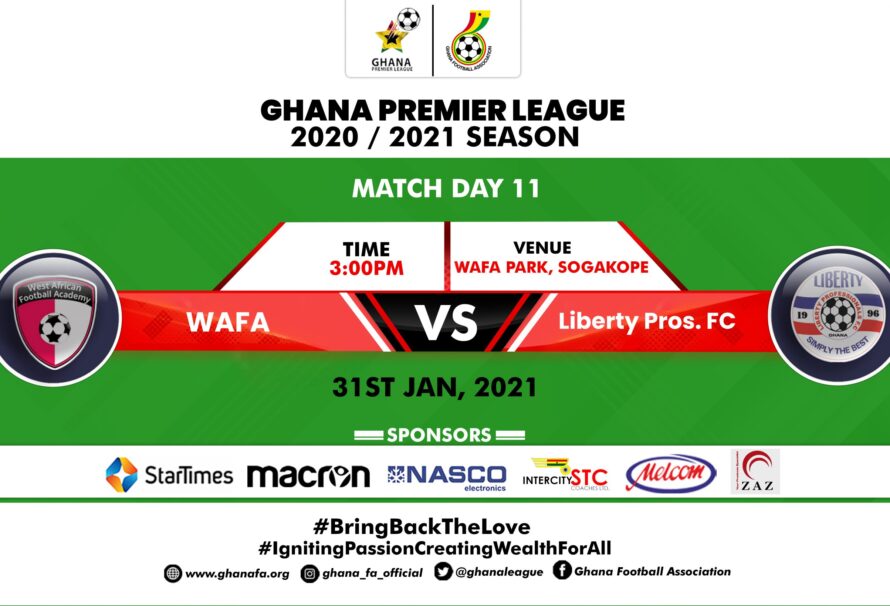 The Academy will hope to return to winning ways following their 1-1 draw at Ebusua Dwarfs last week.

Coach Prosper Narteh Ogum‘s side have an impeccable record at home, recording a five-game unbeaten run at the Red bull arena.

WAFA have scored 13 goals and conceded nine, with the only one clean sheet coming against Berekum Chelsea in a 2-0 win.

However, they go into the match without their top marksman and the league’s leading scorer, Daniel Lomotey, who is currently in Tunis to pen a contract with an unnamed club.

Meanwhile, Liberty who sit 14th on the league standings with 10 points, one point above the relegation zone, travel to Sogakope in desperate need of a positive result.

The game is scheduled for 3pm kick off at Sogakope.