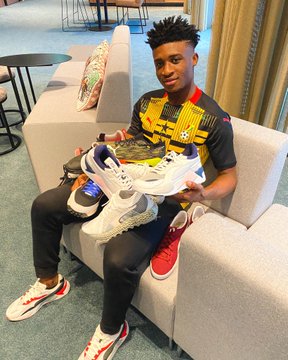 The German outfit announced they have agreed a deal with the Ghanaian on Monday.

Though Puma failed to announce the number of years the deal will last, footballmadeinghana.com understands that it’s for a 4-year period with an option to extend the deal.

In 2019, Kasim Adam joined Puma from rivals Nike and is expected to renew his contract next year.

The player’s shoes, casual wears, stockings, caps and other apparels will all be provided by Puma.

Kudus’ deal comes after Puma renewed their sponsorship deal with the Black Stars ahead of the 2019 AFCON.

Kudus has played for Ghana at the U17 and U20 levels and is now a key member of the senior national team – The Black Stars.