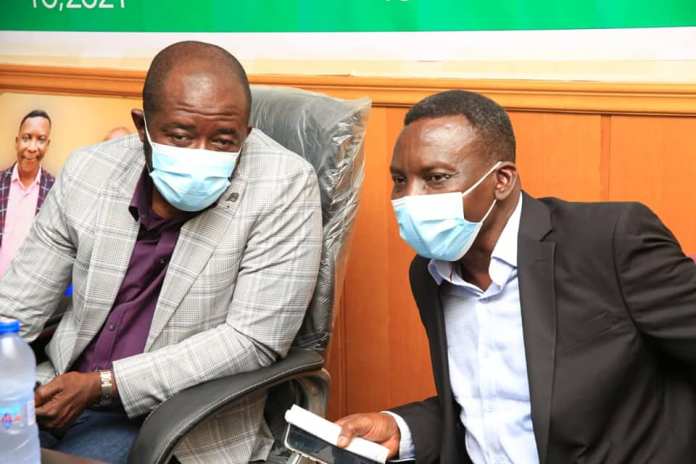 The chairman was who was reacting to allegations of a “Gang Up” by the top hierarchy to push a team from the North to qualify from Zone 1 of the ongoing Division One League, urged the public to desist from the conspiracy theories and rather focus on supporting the good works the Association is projecting.

According to the former Guan United CEO, the clubs in the Northern Region have had a good preparations and made good recruitment which is yielding dividends in the Zone.

Addressing the representative of Division One and Women’s Premier League clubs in the North, Ryzo indicated that, professionalism in Northern Football is yielding results.

“What people out there are refusing to accept is the fact that, the Northern teams had adequate preparation prior to the start of the league season, unlike years past when some clubs assembled to train for just a week or 10 days before the commencement of the football season, the opposite is the case this time around”.

“All three clubs, namely, RTU, Steadfast and Tamale City had months of adequate preparation and played a lot of friendly matches ahead of the season, apart from that, all three have the best of brains comparable to any in Zone One” the NRFA Chairman added.

He continued by saying a lot has really happened in the North in terms of football development and people should begin to accept the reality on the grounds and stop blaming the GFA and match officials for the incredible performances these teams are churning out week after week.

The Ghana Football Association Review Tour of Zone One ended yesterday as President Kurt Okraku and his entourage had a successful and fruitful discussions with clubs.