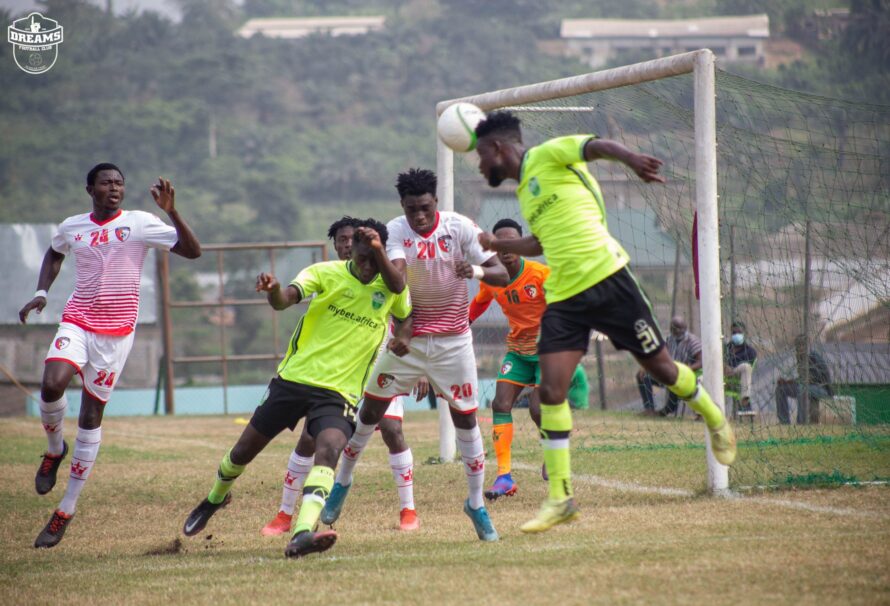 Dreams FC continued their purple patch with another brilliant display against WAFA SC on Matchday 12 of Ghana Premier League.

The Still Believe lads recorded an emphatic 3-0 victory over the Academy boys at Theatre of Dreams, Dawu on Wednesday.

Suleman Fahadu broke the deadlock in the 53rd minute with a powerful strike after the first half finished goalless.

WAFA had no answers as Dreams dominated proceedings and created chances with ease.

The period of sustained pressure from the hosts paid off as Ibrahim Issah scored to give the hosts a two goal cushion in the 77th minute.

But there was still time for more, Issah bagged his brace in stoppage time to seal the win.

The result means that Dreams extend their unbeaten run to 6 in a row and are still yet to taste defeat in 2021.

SUBS: 69’ Emmanuel Ocran OUT – Agyenim Boateng IN, 90’ Suleman Fahadu OUT Saeed A. IN