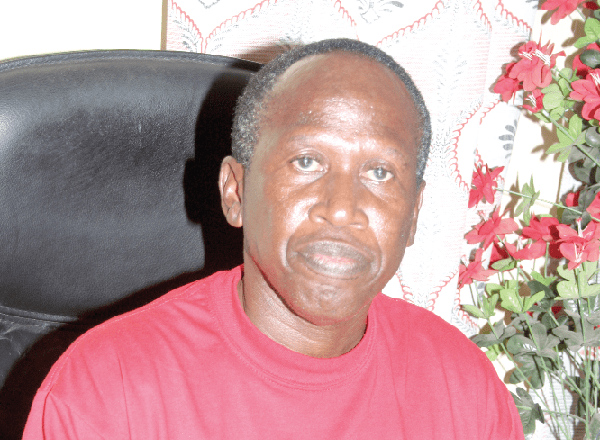 Joseph Kwame Donkor popularly known as Joe Donkor, who is an ex-footballer has controversially remarked that legendary Ghanaian footballer, Rev. Osei Kofi could have earned £500,000 if he happens to be playing football in this generation.

Mr. Donkor said on Kastle Drive with Amansan Krakye monitored by MyNewsGh.com that “The kind of football that I saw the likes of Osei Kofi playing those days that they won the African Cup, if it were to be today he would have probably been earning close to £500,000 in a week.

“They played proper football those days look at how Maradona was playing in those days that’s how Osei Kofi played by being strong on the ball. But today what do we see. The likes of Neymar and the rest are been paid huge sums of money but they easily fall down upon every little push.”

Mr. Joe Donkor who was being interviewed on Cape Coast-based Kastle FM as he marked his 62nd birthday celebration, said he doesn’t regret not earning a huge amount of money during his playing days.

“In our days, football was not really about monetary gains but rather the national pride and recognition that it comes with. Even when the Black Stars won the African Cup in 1972 they were presented with a Ghana National Flag each,” He stated.

Joe Donkor concluded that “Imagine playing for Kotoko as a young man in those days and when you are walking on the streets of Kumasi, you’ll get a lot of ladies saying and telling people that you’re their boyfriend or husband. Some of the girls would even be putting their hands around your neck and that was nice.”