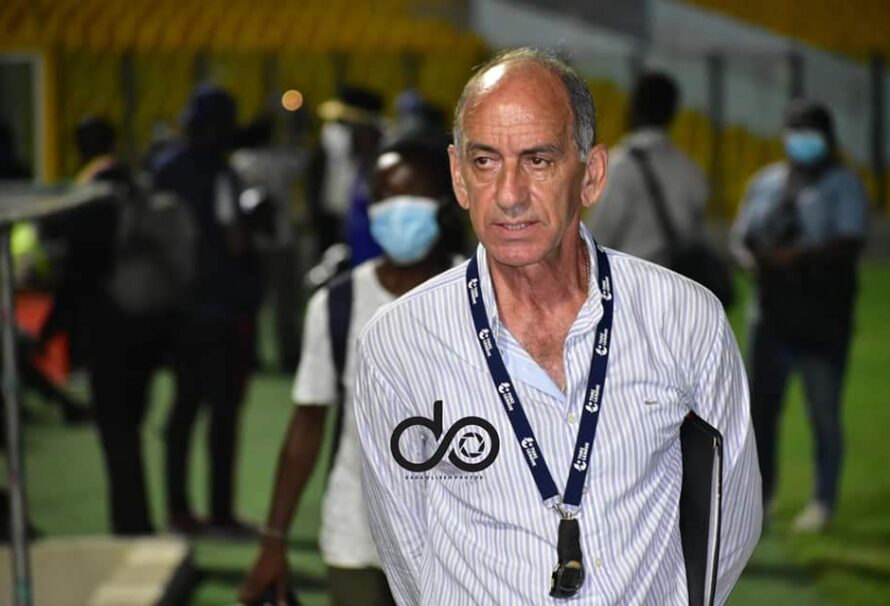 Head Coach of AshantiGold SC, Milovan Cirković is set to depart the shores of Ghana for his homeland Serbia.

Although this is no way similar to the famed Escape From Sorbibor story, the case of Cirković makes for curious observation of how things have unfolded.

The Serbian only joined the club prior to the start of the ongoing Ghana Premier League season. It therefore is eye-brow raising that barely after 6 months serving in the role, he has served notice of his desire to quit and return home.

After some digging by FootballMadeinGhana.com, we have come out with some reasons believed to be behind this latest move.

First of all, Milovan Cirković consistently complained of being homesick. The 65 year has often complained during his time at Obuasi that he’s not enjoying life in the town. He expressed his desire to be with his family and the club’s failure to actually do something about this has continued to disturb his state of mind while doing the job.

READ ALSO:  AFCON U20 FINAL: Ughana vs Ghana - Cooked by a Ghanaian, served in Uganda, set to battle Ghana

The feeling has reached a point where Cirković believes he cannot do anything about it, therefore pressing on with his request to leave to be with his family.

FMIG has also learnt that doubts were also beginning to emerge about the competence of the Coach despite quite a successful campaign so far. The concerns of the Ashgold top brass were accentuated during the club’s dry spell more recently.

Between January 17th and February 13th, Ashgold suffered a run of poor form where they picked only 3 points from 18. They drew 3 and and lost 3 of their 6 games between the above mentioned time period and gradually dropped from the first position on the league table.

One particular reference is a very shocking home defeat to a struggling Liberty Professionals side.

Among the many concerns raised by the Club’s higher ups, Coach Cirković’s constant alteration of his starting eleven was considered one too many and a factor in their inability to record consistent results.

They believed the experimentation was too much and there needed to be stability in the team. For this reason, the club felt since there was no headway, the best way was to agree to his decision to want to leave and not Really convince him to stay. In fact they had already prepared for life without him by identifying interim replacements for Cirković in the likely event that he left.

Milovan Cirković also felt disgruntled with his local representatives. He felt financially he was been drained by them making the Ashgold deal non-beneficial financially. He felt there was no need to sacrifice almost everything for a job his earnings couldn’t mitigate his challenges.

It is expected that the Coach will depart the country in the next 72 hours. He is currently in Kumasi awaiting results from a Covid-19 test after which he will begin preparations for an air travel to his home country.