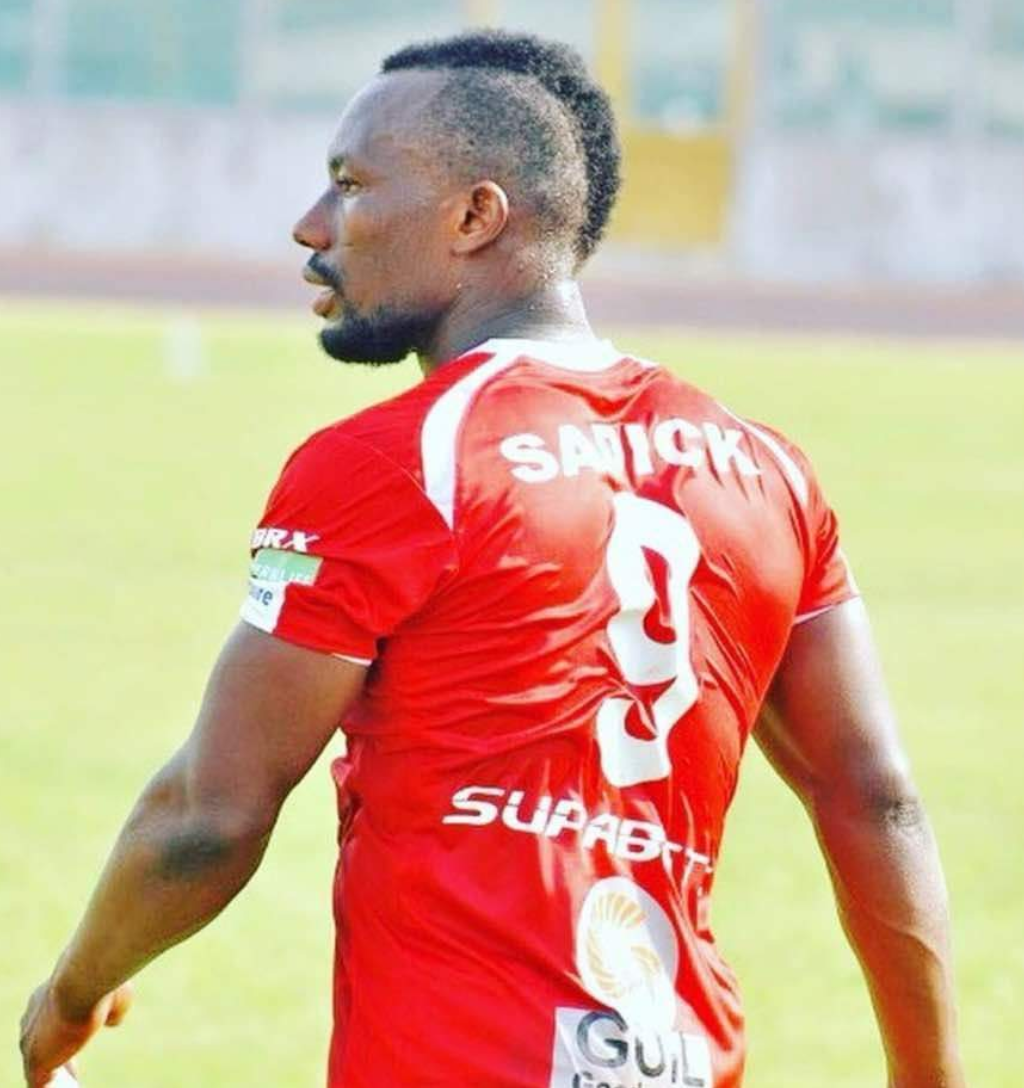 Former Asante Kotoko striker Saddick Adams has jumped to the defence of under fire manager Mariano Barreto for hitting at the poor training facility of the club which does not have even a place of convenience.

The former striker of the club who is remembered for his historic hat-trick against Hearts of Oak in 2017 in the MTN FA Cup final believes a club like Kotoko deserves better.

To Saddick, priding oneself with professionalism, the Porcupine Warriors must meet a certain standard with their training facility including having a place of convenience.

Saddick’s comment was in sharp response to former club forward Eric Bekoe who pelted Barreto for talking too Mich and washing the dirty lining of the club in public.

Bekoe believes Barreto’s media rants are unnecessary considering his position and having the management at his side where he can table his grievances with ease instead of going public.

But Saddick thinks otherwise, giving Barreto a shot in the arm and calling for an upgrade of the club’s training facility.

“My brother Eric, you are my brother and my senior and also a legend. I salute and respect you a lot because of what you have done both off and on the pitch,” Saddick started.

“But for you to say the man should give you or us a break and he is talking too much just because he is pointing out things that need to be done to benefit the players and the club if not today, may be in the near future that your own kids will also benefit from it too….

“Yes those our time didn’t help us because they refused to stand for the right things to be done so we can enjoy and benefit from it but they didn’t.

“If they didn’t, it doesn’t mean we shouldn’t. Let the right things be done so our kids can come and also enjoy.

READ ALSO:  I will give everything- Andre Ayew assures Al-Sadd fans

“So because Hearts players were training at arts and won the league so it should continue?

“Come on bro you are far more than that and you can say better.

“You have the voice and the positive influence that people will listen, let’s use it positively.

“We shouldn’t be saying things just because we want to be loved and look like Saints in front of people and make others look bad..

“He (Barreto) may not be with the club sometimes to come, but others will enjoy and benefit from the fruitfulness of what he is saying if those things are done,” he ended.

Saddick Adams has had stints with AshGold, Berekum Chelsea and Asante Kotoko and is held in high esteem by Kotoko fans for his historic hat trick against Hearts in winning the 2017 MTN FA Cup.