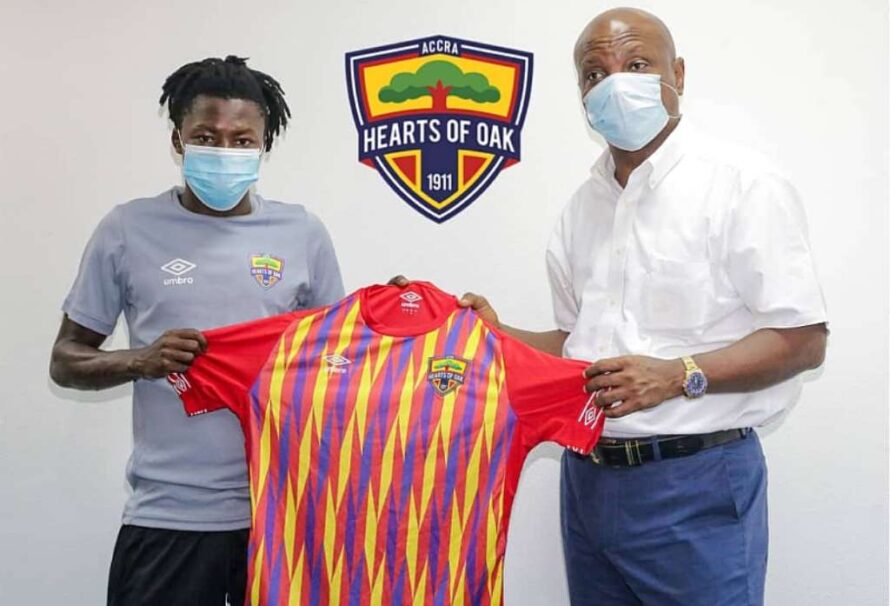 Just few hours after his exclusion from the Black Stars squad for next month’s friendlies, Accra Hearts of Oak playmaker Salifu Ibrahim shone again for his side in their win against Bechem United in the Ghana Premier League.

His lone goal did not only ensure that his side put pressure on table toppers Kumasi Asante Kotoko ahead of their game against Ebusua Dwarfs tomorrow, but on an individual level, he bagged his 7th man of the match award of the season.

He has so far been a great acquisition for the Phobians and it is no surprise that Togbe Afede had great faith to bring the player to the Phobian camp from Eleven Wonders.

Since his arrival a few months ago, Salifu has displayed great skills as a playmaker, and has boosted Hearts’ chances of winning win the trophy this season- a task reportedly assigned to him by Togbe Afede.

The obvious question then is: why did C.K Akonnor snubbed the player for the upcoming friendlies against Ivory Coast and Morocco next month?

Akonor, today, named his squad for the aforementioned friendlies which had eight local players in it including goalkeepers Razak Abalora and Danlad Ibrahim of Kumasi Asante Kotoko and King Fisal respectively.

Others like Rashid Nortey of Medeam SC, Ismail Ganiyu of Kotoko and Joseph Adjei of Legon Cities were also invited to the squad, but surprisingly that invitation was not extended to the player who has been often likened Paris Saint Germain star Angel Di Maria.

It is a question that the Head Coach of the Stars would have to answer, but as shown within a short space of time, Salifu Ibrahim despite a snub from the Black Stars will continue to be a key man for the Phobians.