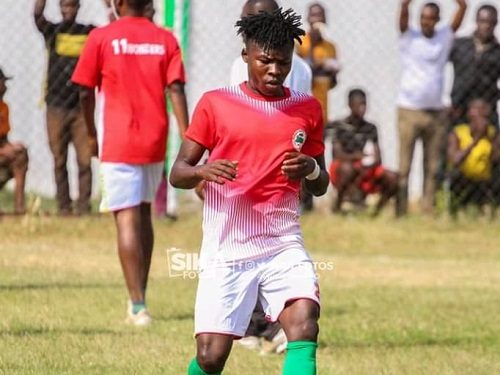 News emerging from the camp of sought after Ghanaian footballer Ibrahim Salifu is that the player is confused about which club to join between Medeama SC and Hearts of Oak.

Hearts of Oak believed they had made a breakthrough for the left footed ball dazzler when they agreed terms with his camp. However, in a last minute twist of events, an improved offer from Medeama has arrived, making situations murky.

Hearts proposed a 3 year contract with a transfer fee of GHS 70,000 going to his club, Eleven Wonders. However Medeama is willing to match the latter while they up the former making the player one of their best earners at the club.

Medeama’s latest offer also includes a special package for the player’s agent should he eventually sign or the Mauves and Yellow.

The Player’s Camp have complained privately about how Hearts of Oak have handled the whole process. It has emerged that hearts of Oak did not even pay for the player’ air fare from Kumasi to Accra and have not really demonstrated seriousness about their dealings.

The player is expected to make a move that will shock the footballing scene and FMIG will furnish readers with subsequent developments.