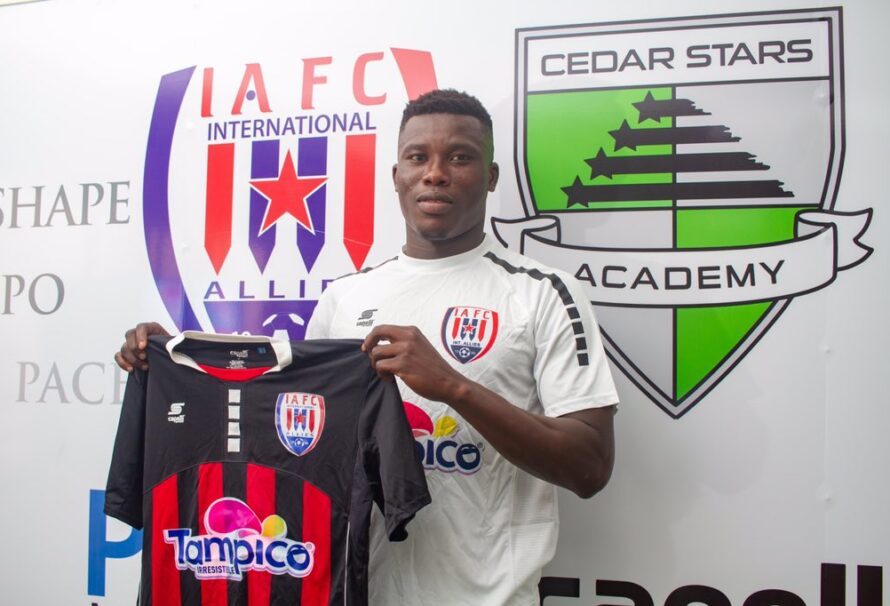 Attacker Samuel Armah has returned to Inter Allies after ending his loan spell with Albanian side KF Skënderbeu.

The attacker who joined the Albanian club before the beginning of the Season has returned to his parents club ahead of the second transfer window.

“We are pleased to announce that, our forward Samuel Armah has returned to the club after ending his loan spell with KF Skënderbeu in Albania.

The 20-year-old has already resumed training with the lads.

He will be available for selection when the second transfer window opens later in the month.

His form for us in the cancelled 2019/20 season was eye-catching, finishing as the Club’s second-highest goal contributor after Victorien Adebayor – six goals and three assists from twelve games in 2020.

Armah, who can play across all the front lines and can also do quite well in midfield, featured seven matches (182) minutes and scored once while on loan in Albania.