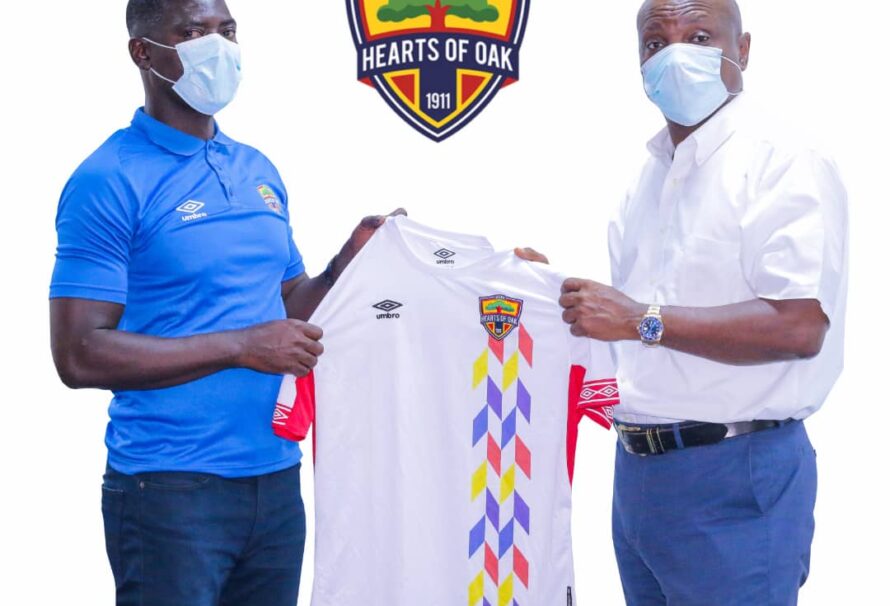 Board Chairman of Ghanaian giants Hearts of Oak, Togbe Afede XIV has heaped praise on the newly appointed Coach of the club Samuel Boadu insisting he’s the right man for the job.

Boadu was confirmed  the new coach  of the club on Tuesday after penning a three and half year deal at the club.

Speaking after unveiling of the Coach, Togbe Afede was full of praise for the former Medeama SC coach describing him as a man of integrity.

“We see him as a man of integrity who is looking for an opportunity, one which Hearts is able to provide him. The board is very confident that we have gotten the right person,” Togbe Afede XIV told Hearts media.

The young coach met the playing body on Wednesday and will start work on Thursday.

The Phobians have endured a tough start to the season and are currently fifth on the league log after 16 games.