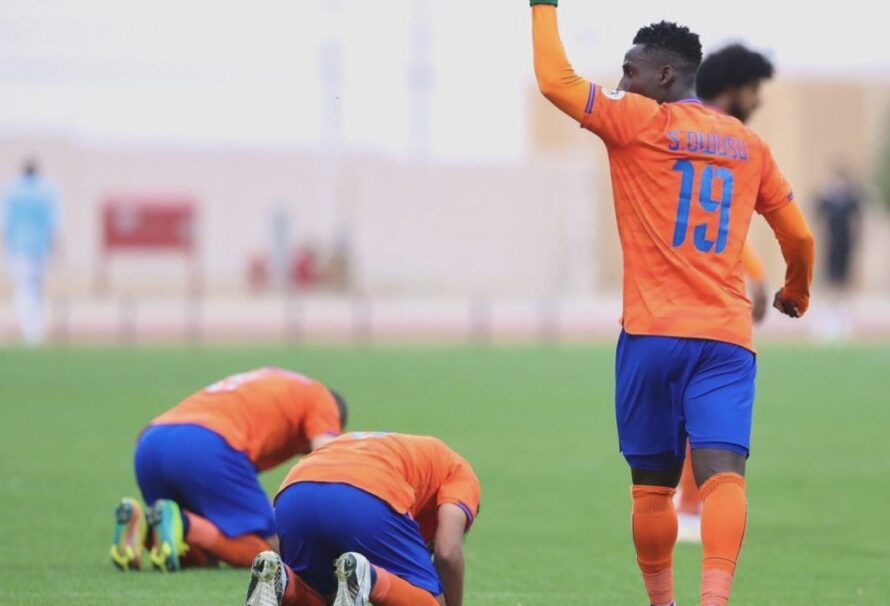 Ghanaian international  Samuel Owusu scored the only goal of the game for Al Fayha against  in their 1-0 win over Al- Kawkab in the Saudi Arabian Pro League on Wednesday.

Samuel Owusu scores a beautiful goal on the 67th minute which turned out to be the only goal of the game to end his side’s two games winless run.

The winger has now scored  3 goals and 2 made 2 assists in 10 league games.

Al-Fayha are second on the Saudi Arabian Pro League table 41 points after 20 games.