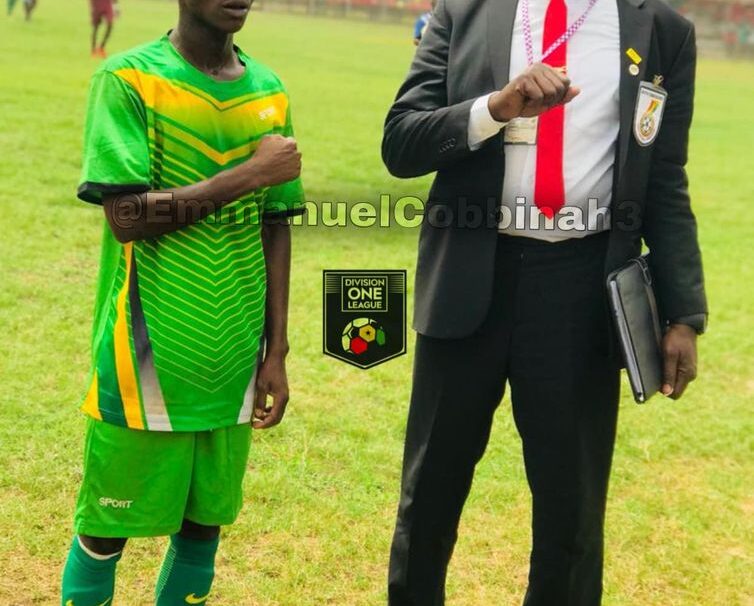 Age is just a number, they say. In the case of Stephen Diyon, this statement is given much credibility based on what he has been doing in the National Division One league.

At the very young age of 17, Stephen Diyon is wowing fans and followers of the National Division One League. The Nsoatreman FC player has recorded impressive figures that deserve trumpeting by the sports media.

After 8 rounds of matches, the young lad has been an integral player for his side Nsoatreman FC that his light now shines broght beyond the boundaries of Nsoatreman.

FMIG has sighted an article on Facebook by Division One League Updates-Ghana and hs decided to hoist and push this to the attention of readers.

Born on December 12, 2003, Stephen Diyon who is ambidextrous has been key for Nsoatreman FC in Zone 1 of the ongoing National Division One League.

The attacking midfielder has 5 goal involvements (2 goals, 3 assists) in 8 games and has in the process won a deserving 5 MVP Awards.

Stephen Diyon was selected MVP in the following matches.