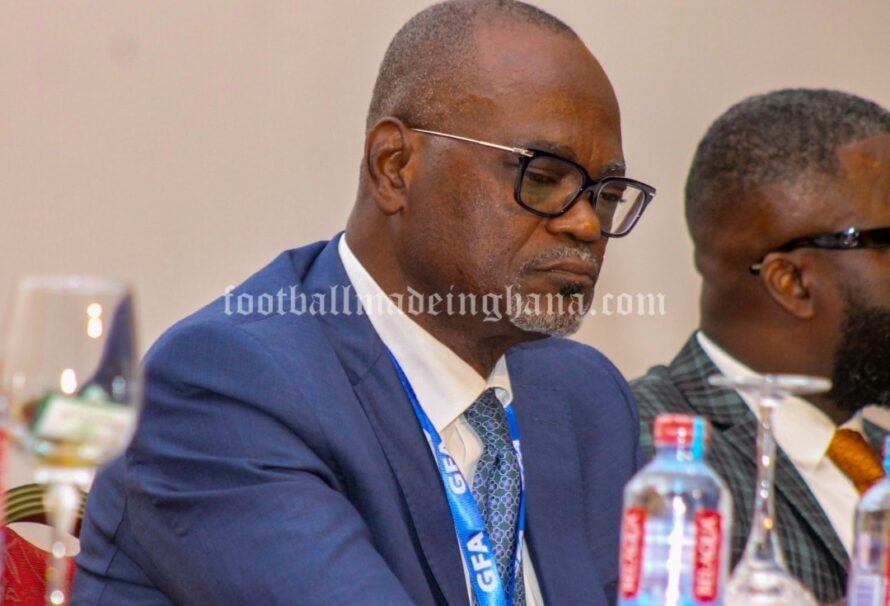 Dr. Kofi Amoah, Chairman of the Normalization Committee, has suggested the $25 million budget set aside for all national teams should be channeled in developing the local league.

Ahead of the 2021 Africa Cup of Nations and 2022 World Cup tournaments, the government has planned to raise $25 million to cushion the financial burden of preparational costs often laid on all National teams.

Sharing his thoughts on whether it is the right approach, the astute businessman suggested that the money should instead be used to develop the local league instead.

“No! Strengthen your local league, starting from juvenile football, Samuel Osei Kuffour, Michael Essien all of these people, this is where they got their strength,” he said in an interview with Bernard Avle on Citi Tv

Dr. Kofi Amoah continued, “When the Germans saw that their football is going at downhill they said time out, we need to think, it took them 11 years but they won the world cup in Brazil.

“Ghana can win the world cup because we have the talents but the organization of the approach is the wrong one and I hope that my friends at the Ghana football association (GFA) are not going to be angry with me and fix it.”