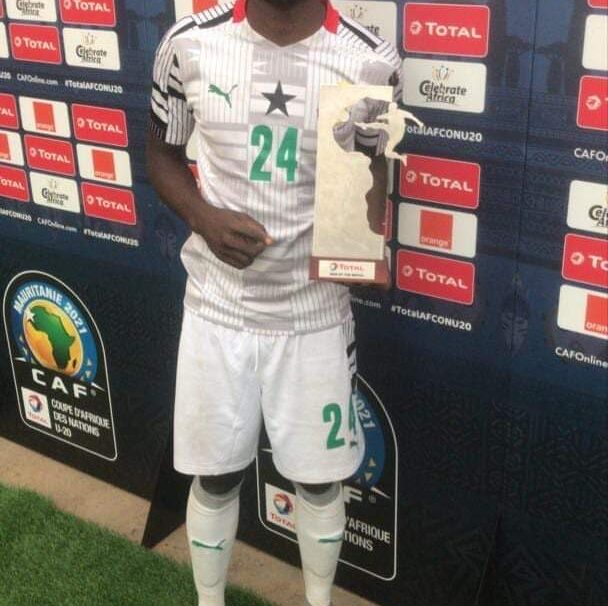 Prestige FC midfielder Frank Boateng is gradually earning himself the reputation as Ghana’s super sub at the Under 20 level after his latest heroics off the bench for the Black Satellites.

The 18 year old has cemented a status as Ghana Coach Karim Zito’s trump card. He’s the one to fall on in times of difficulty at Keats judging by his stint with Ghana’s U-20 side.

His off the bench heroics manifested in Ghana’s tough quarter final clash with Cameroon at the ongoing U-20 AFCON.

With the game heading towards a goalless scoreline, Boateng was sent on to replace Matthew Anim Cudjoe just 3 minutes after the hour mark.

READ ALSO:  GPL Preview: Elmina Sharks vs Asante Kotoko, Sharks out to halt winless run against league's best away side

After 90 minutes the game was still locked at 0-0 and proceeded to extra time.

Ghana had a shock when Cameroon took the lead through second half substitute Prince Kevin Milla inside 103 minutes.

Their joy will be short-lived though as Frank Boateng was on hand to connect a Daniel Afriyie Barnieh pass into the net 2 minutes later.

Boateng’s effort gave Ghana hope and inspired the team to deliver in the subsequent penalty shootout to book a semi final spot at Cameron’s expense.

This actually isn’t the first Boateng has climbed off the bench to deliver for Ghana. He did similar during Ghana’s successful WAFU campaign.

Boateng came on as a sub and scored Ghana’s decisive penalty as the Black Satellites booked a final spot against Niger.