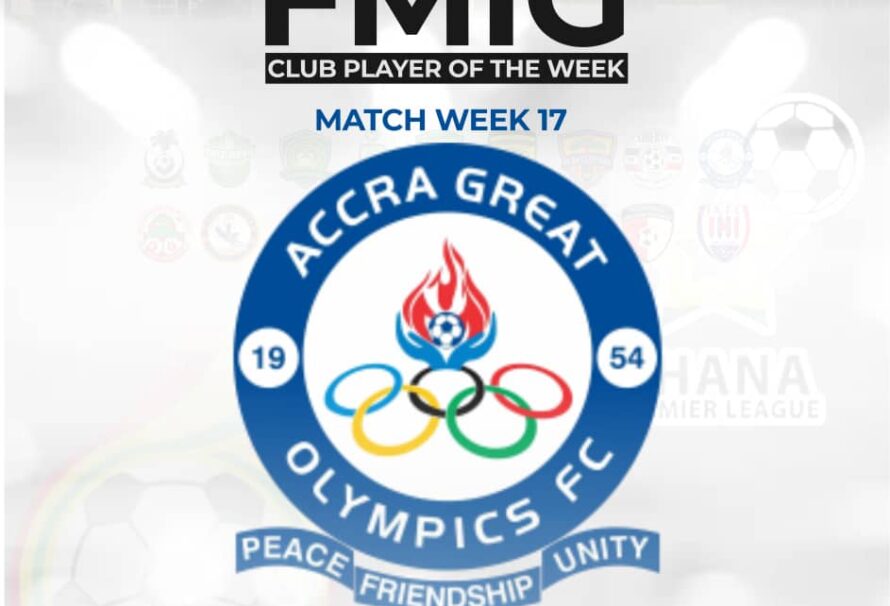 Following their stupendous performance on Sunday at the Theatre of Dreams, Accra Great Olympics have emerged the Club of the Week in the Week 17 games of the Ghana Premier League.

The Dade Boys defied the odds to pip the in-form Still Believe lads at the own backyard in a game that many least expected Olympics to win.

A lone goal from Thomas Acquah was enough for the Accra based club to pick the three maximum points.

The Blue and Whites defended gallantly in the first half to stop their on-fire opponents from finding the back of the net before shocking them in the second half.

Thomas Acquah fired home the winner after the break as the Model Club panted for breath in a game they least expected to be defeated.

Thereafter the away side will defend majestically to ensure they ended up with all 4 points.

Great Olympics stay second on the league log on 30 points, one less than league leaders Karela United forcing Dreams FC out of the Top 4 occupying the 5th spot on 26 points.