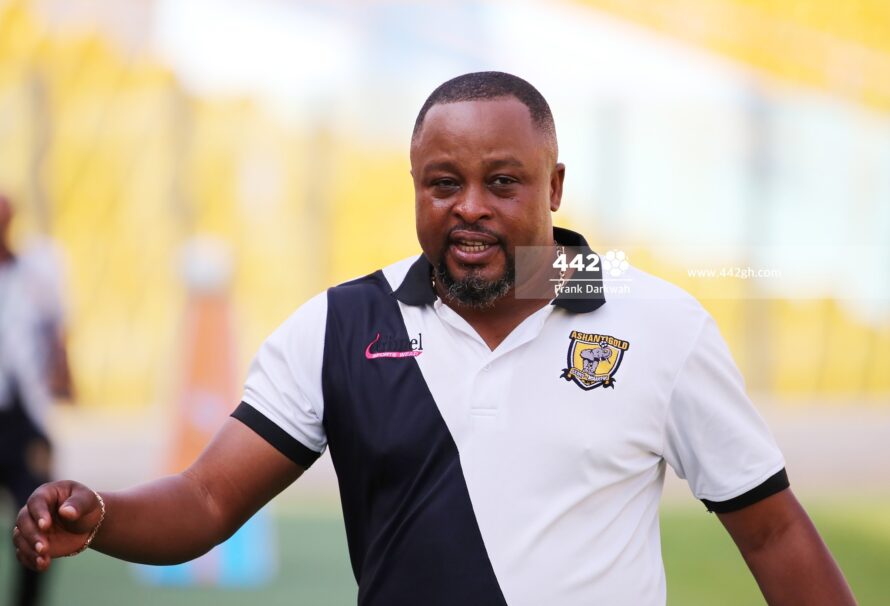 Assistant coach of Ashantigold Thomas Duah says he’s disappointed with his side defeat following their 2-1 defeat to Ebusua Dwarfs.

The home side took the lead through Dennis Korsah, but the visitors responded through Hans Kwoffie.

Speaking to the media after the game, Thomas Duah expressed his disappointment with the results insisting they had enough chances to win the game.

“I’m very disappointed about the result,” said Duah after the game.

“Because this game is not a game of loss, we should have killed this game in the both halves because we created all the chances in the game,” he added.

“I think a lack of concentration affected us, so I am very disappointed,”

The coach also spoke about the next game against Liberty Professionals.

“There will be a bit of variations in the team to see how things will work because I realize there were issues with scoring goals. That does not mean I will change the entire team but I intend to make changes that will help us win matches,” He added

Ashantigold sit 8th on the league log with 17 points after 12 matches.