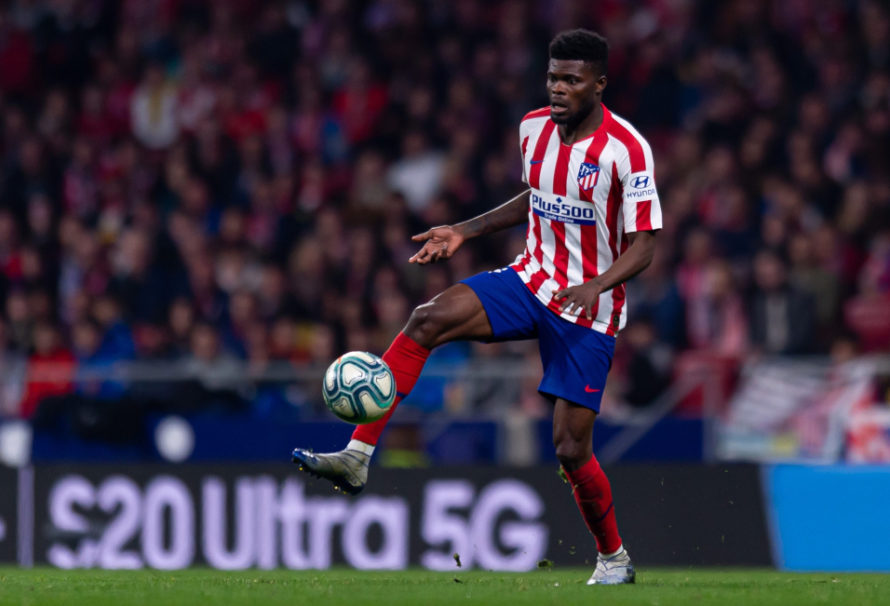 The 27-year-old Ghanaian midfielder had 35 Spanish La Liga appearances and scored 3 goals for Diego Simeone’s Atletico Madrid side last season as they came up third in the La Liga.

In all, Thomas Partey played 188 games for Atletico Madrid after joining the club in 2011.

The midfielder had been on the radar of Arsenal throughout the whole summer but they were reluctant to meet his buy-out clause of 50million euros until the last minute to the close of the transfer window.

The football sensational was presented with the number 18 shirt, vacated by Nacho Monreal the previous season, and is expected to bring the charisma which has made him successful in Atletico Madrid into his new club.

Partey’s new club, Arsenal, on late Monday night, took to it tweeter handle to welcome the Ghanaian star into their camp in a short video.

The club captioned the video “Welcome to the Partey! @Thomaspartey22 #NoThomasNoPartey”.

Welcome to the Partey! 🥳

Arsenal’s Manager, Mikel Arteta, on his part said he was delighted to have the Ghana international in his camp.

He described Thomas Partey as an intelligent, dynamic midfielder with a very much impressive attitude towards the game.

“We have been watching Thomas for a while, so we’re now delighted to add such a high quality player to our squad. He is a dynamic midfielder with great energy. He brings a lot of experience from a top club that has competed at the highest level in La Liga and the Champions League for several years”, he said.

“We’re very impressed with his attitude and his approach to the game. He’s an intelligent footballer and we’re looking forward to him integrating into our system and contributing to the progress we’re building at the moment at the club,” he added.