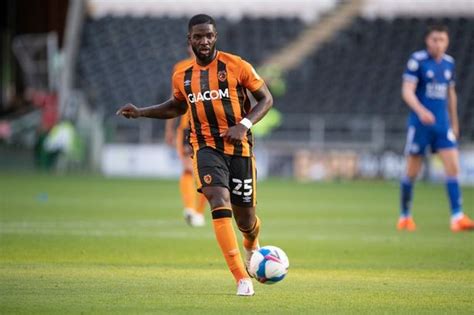 Clubs from the English League 2 Cheltenham, Oldham, and Carlisle are hot on the tails of Festus Arthur, a German born Ghanaian defender.

Arthur, 21, joined the “Tigers” from Stockport last summer in a reported 50,000 Pound deal. Arthur is yet to make his league debut for Hull but has appeared twice in the EFL Trophy.

Last season, the excellent center defender was injured early in the season and spent the rest of the season in the hospital.

|The defender played for Grant McCann’s side in an EFL Trophy clash against Leicester City Under-21’s and played once more in that trophy last term.

Arthur has fully recovered from his injuries, and according to sportsworldghana.com Cheltenham Town, Oldham Town, and Carlisle City have all made loan bids for him as he looks for more playing time.