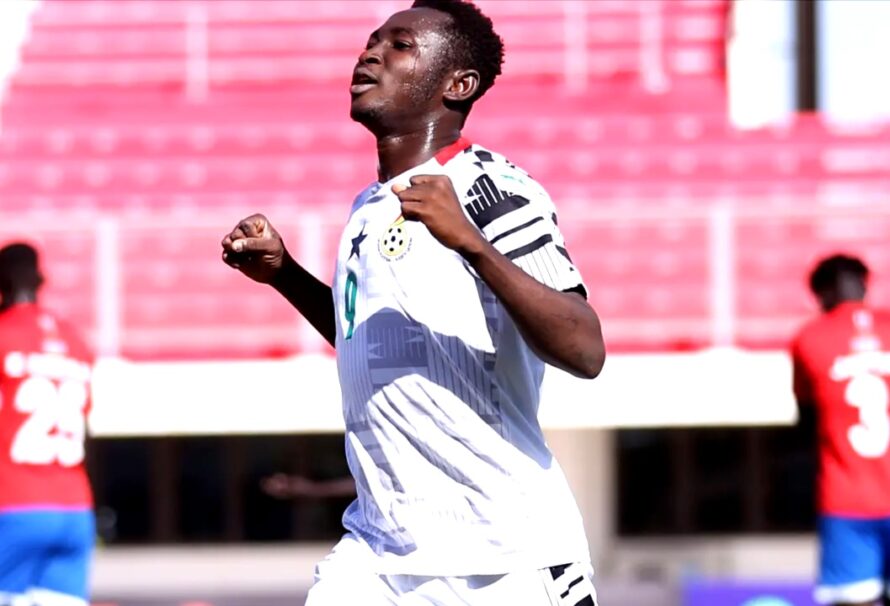 Ghana Striker Percious Boah will have it all to do when he takes to the field on Saturday evening as the Black Satellites battle the Hippos.

Ghana face Uganda in the final match of the U-20 Africa Cup of Nations tournament in Mauritania.

The clash takes place at the Stade Olympique in Nouakchott with the winner claiming the ultimate prize.

As the two teams battle for glory, there is another battle that will emerge on the pitch between the two striking stars of the team. Ghana’s Percious Boah will go head to head with Uganda’s Derrick Kakooza.

Boah has netted three goals so far for Ghana in the tournament and trails the Kakooza by two goals.

However he has to do much to beat Kakooza who is a favorite following his hattrick in the semi final against Tunisia.

Which of the two will lead his side to #TotalAFCONU20 glory? 🏆 pic.twitter.com/HKUNpJ2lyf

To win the Golden boot, Boah needs to become the second player to net a hattrick and expect Kakooza to be kept out by Ghana’s mean defense.

Though it looks like a tall order, this is not an insurmountable task for the Dreams FC forward.

FMIG wishes him the best.