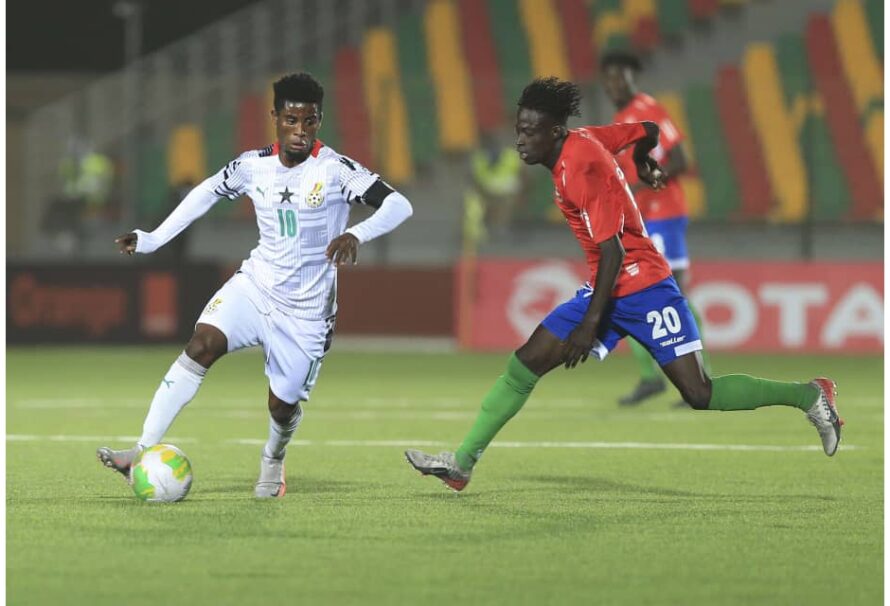 Black Satellites Coach Abdul Karim Zito has made changes to his starting line up for today’s crunch quarterfinal game against Cameroon in the ongoing Africa U20 Cup of Nations.

Former U17 captain Uzair Alhassan has been drafted in to replace Nathaniel Adjei  who has been ruled out of the match.

Uzair will partner Frank Kwabena Assinki in central defense with Samuel Abbey Ashie-Quaye and Philomon Baffour on the left and right respectively.

In midfield Emmanuel Essiam and Abdul Fatawu Issahaku will start with Patrick Mensah also brought in for today’s game.

Mathew Anim Cudjoe and  Captain for the side Afriyie Barnie who came on as substitutes in all three group matches have been handed a starting roles today.

Upfront for the Black Satellites will be Percious Boah who grabbed a brace in the opening match against Tanzania.

The game is expected to kick off at 4pm GMT at the Stade Olympique in Nouakchott.

Below is Ghana’s XI vs Cameroon: