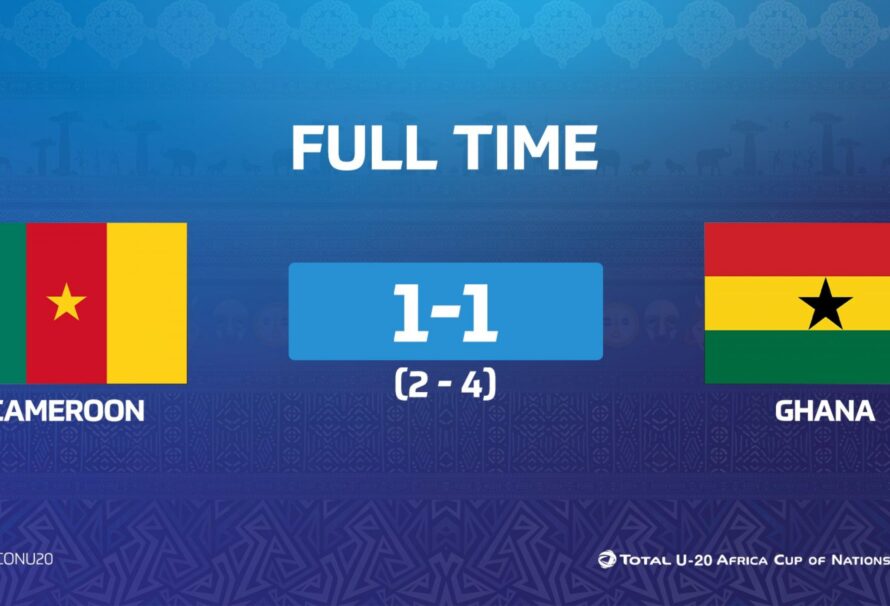 The Black Satellites of Ghana are through to the semi finals of the ongoing CAF U-20 AFCON after beating Cameroon via penalty shootout.

🇬🇭 Ghana are through to the next stage of the #TotalAFCONU20! pic.twitter.com/HZM5XphzoW

The two teams met in the opening quarter final fixture with Ghana Coach Karim Zito making 4 changes to his last squad that lost to Gambia.

The game was closely fought with no team leaving anything to chance. After no goal was registered after 90 minutes, the encounter proceeded to extra time.

It was the Cameroonian who broke the deadlock eventually with second half substitute Kevin Prince Milla opening the scores after 13 minutes of the first half of extra time played.

Ghana will reply in equal fashion after Frank Boateng connected form close range to restore parity for the Satellites.

Both teams seemed determined not to let their guard loose and held on for a draw and enter penalty shootout.

During the shootouts, Ghana’s Black Satellites converted all their kicks with Daniel Afriyie Barnieh, Frank Assinki, Ivan Mensah and Percious Boah proving immaculate from the spot.

Cameroon on the other hand scored 2 and missed 2 of their kicks with Ngoni Ali and Prince Milla being the culprits.

Ghana this advance to the last four of the competition and will face the winner of Central African Republic vs Gambia on Monday March 1 at the Stade Olympique in Nouakchott.