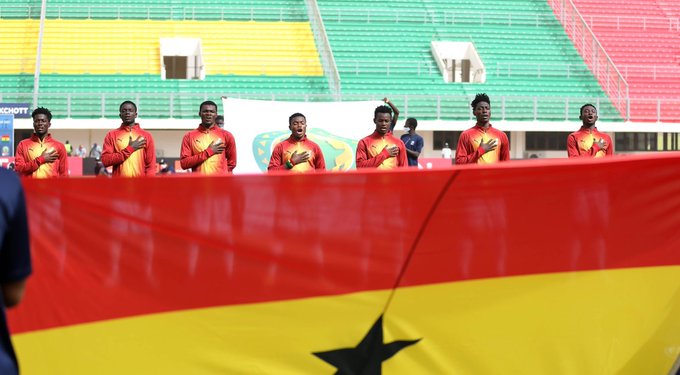 The #TotalAFCONU20 final four, which side will win it all? 🏆 pic.twitter.com/8mgxPP5DlT

The clash with the Young Scorpions will an opportunity for revenge for Ghana’s Black Satellites when the two face off on Monday.

Gambia edged Ghana by the odd goal when the two teams met in the Group Stage. The result from that last Group C encounter saw the Gambian usurp Coach Abdul Karim Zito’s side into second spot while Ghana dropped to third.

In the said game, Ghana took the lead before Gambia clawed back and went ahead just before the end of the first half.

Back from recess they held on superbly to finish 2-1 winners.

Certainly the semi final clash will serve as epic encounter as Ghana will be eyeing revenge and qualification to the final, while the latter is true for Gambia and also repeating the dosage over Ghana will also feature in their plans.

The semi final clash takes place in Monday at the Stade Olympique in Nouakchott.