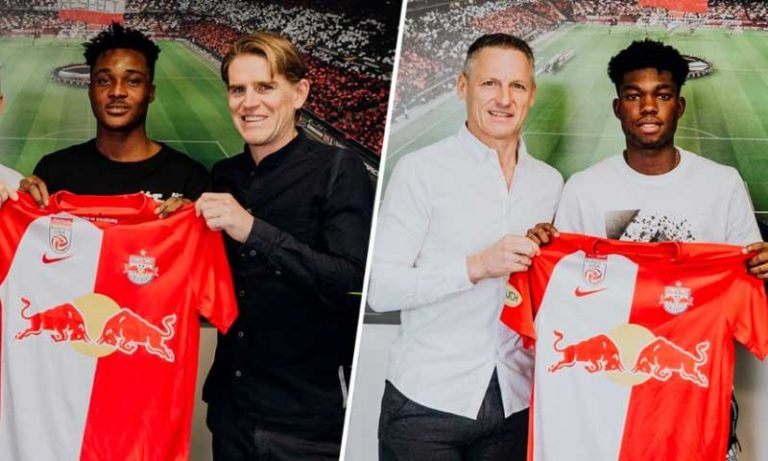 The duo Forson Amankwah and Daniel Owusu have signed four and half year deal each after impressing the technical handlers of the Austrian club.

“We have hired two talents from Ghana. Daniel Owusu (in a black shirt) and Forson Amankwah(in a white shirt) will each sign until 2025,”

Both 18-year-olds will begin life in Austrian football careers away from the club with immediate effect.

Owusu scored once in five appearances while Amankwah also featured six times for WAFA in the ongoing 2020/21 Ghana Premier League.