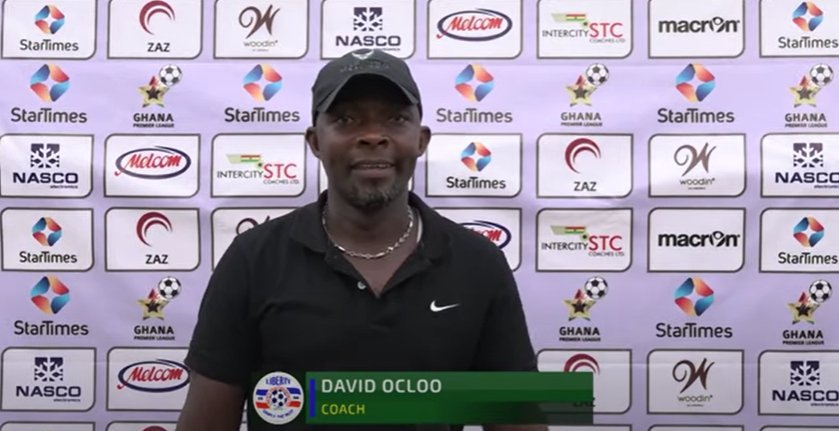 Liberty Professional head coach David Ocloo has blamed his side’s defeat to Hearts of Oak to their inability to finish off their chances.

Despite creating a number of chances, Liberty were left to rued their missed chances following a late strike by  Isaac Mensah at Dansoman.

Speaking to the media after the game, Ocloo cited his side’s failure to utilize their chances as the cause of their defeat.

“Football is about goals and when you get the chances and you don’t utilize it, this is what happens,” he said in a post-match interview

The coach also hinted the club will take advantage of the transfer window to make one or two signing to beef up the squad.

“I think the transfer market was opened timely so we will just go to the market and get one or two experienced ones to beef up the team,” he added.