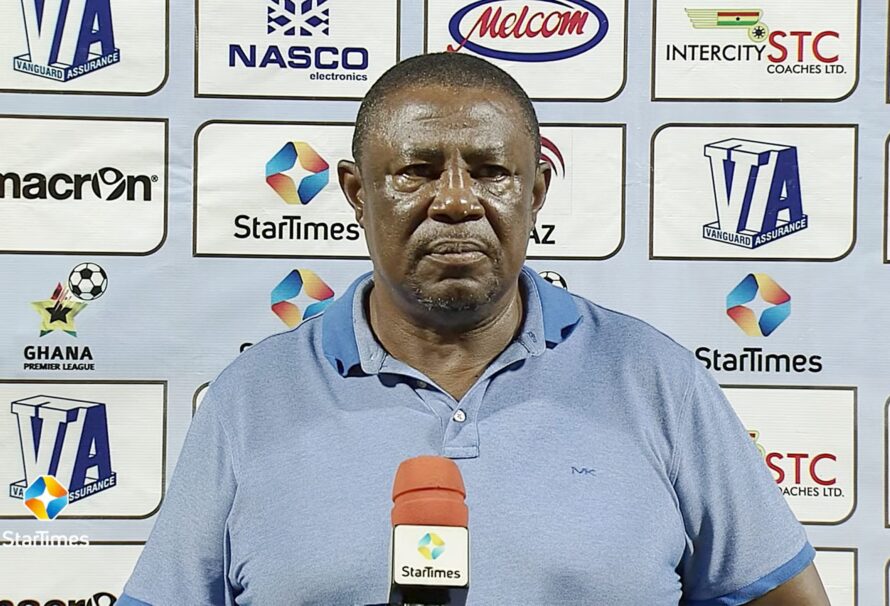 Liberty Professionals held the ‘Ogya’ lads to a 0-0 stalemate last Wednesday at the Carl Reindorf Park in week 12 of the Ghana Premier League.

Farouk Adams nearly won it for Aduana Stars just on the stroke of full time after his header appeared to have crossed the goal line after hitting the upright before it was later grabbed by Liberty Professional goalkeeper, Kofi Baah.

Speaking to the media after the game, Fabin who described his side’s performance on the day as average blamed the referee for disallowing his side last minute strike.

“Well, I must say It was an average performance. But getting to the end we found our rhythm. Then we got a perfect goal but strangely the referee didn’t whistle for it. I am shocked.”

“We did our best. We scored a perfect goal which the ball hit the net before it came out. The referee was right on the spot and he was looking at the linesman, amazing.”

Aduana Stars will welcome WAFA at the Nana Agyemang Badu II Park in match-week 13 of the 2020/21 season.