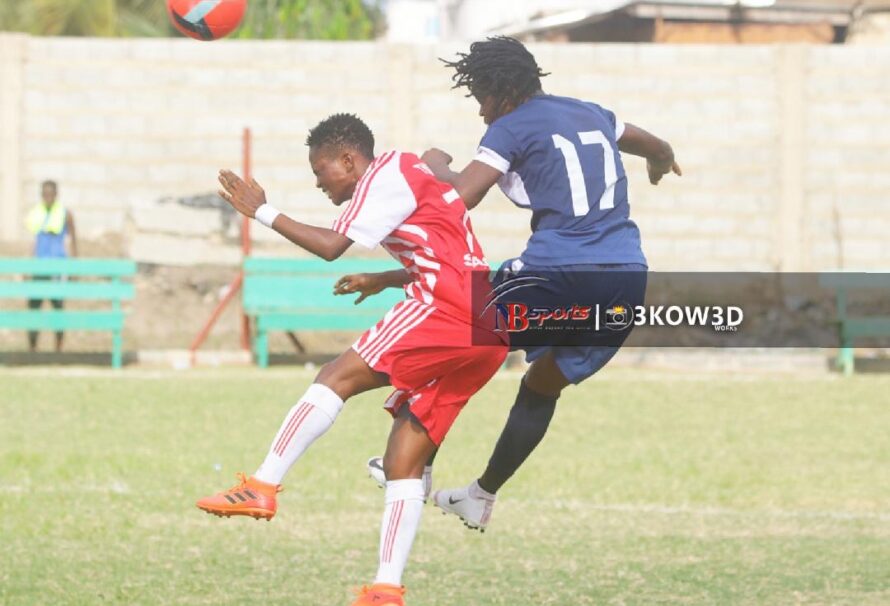 Thunder Queens were humbled 3-1 by Police Ladies in the opening round of the Women’s Premier League at the Tema Community 8 school park Park on Saturday.

Police Ladies right from the blast of the whistle stepped on the gas and opened the scoring in the 9th minute through striker Jane Ayieyam.

After the goal, Police Ladies were presented with two decent chances but missed both with Police Ladies going into the break with a 1-0 lead.

After recess, Police Ladies turned up the heat again and scored their second goal through Grace Animah in the 55th minute after she beautifully connected a neat team work to make it 2-0.

The third goal for Police Ladies came in the 62nd minute. Elshaddai Acheampong scored in the 63rd minute and at that point there was clear day light between the two teams.

Thunder Queens who had a tall mountain to climb then on, made a substitution – Esther Moffat came on for Grace Afari in the 63rd minute.

In the 71st minute, Thunder Queens had something to cheer about as Evelyn Dedei Tetteh scored to make it 1-3. From there their confidence grew and they threw on Dorcas Agyekum for Juliet Abankwa.

They made their final substitution in the 83rd minute by bringing on Comfort Fokuo for Evelyn Dedei Tetteh but that did not add much to their play.

Ninety minutes were up and the referee added 3 minutes, Police Ladies managed to clear their lines very well to snatch all three points on the day. Striker Jane Ayieyam of Police Ladies was adjudged Nasco Player of the match.