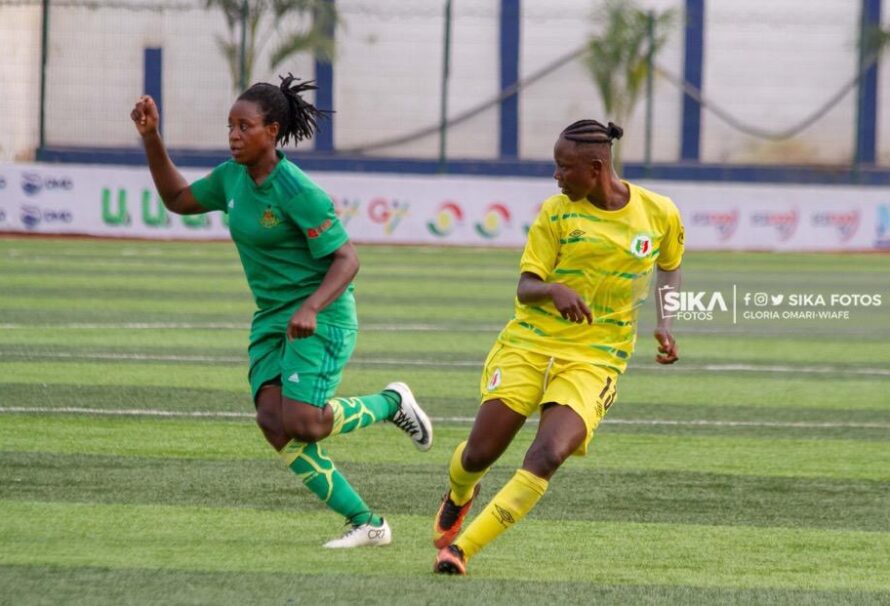 Hasaccas Ladies had a tough outing against a rejuvenated Thunder Queens FC in a 1-0 win on match day 3 of the Women’s Premier League at the Sekondi Gyandu park.

For a larger part of the game, Thunder Queens FC goalkeeper Victoria Teye Baah stood between Hasaacas Ladies and a goal as she made some crucial saves to keep her side in the game.

Coach Yussif Basigi’s side had their long standing pressure paying off in the 48th minute. A corner kick sent into the areas of Thunder Queens resulted in a penalty after Linda Eshun was fould in the box. Striker, Milot Abena Pokua was denied her first goal of the season after her shot went straight into the arms of goalkeeper, Victory Teye Baah.

In the 56th minute, Perpetual Agyekum was introduced into the game for Comfort Owusu while Thunder Queens also substituted Comfort Forkuo for Ama Pokuaa in the 58th Minute.

The only goal of the game was scored by Patience Prah in the 65th minute, this time, a corner kick by Perpetual Agyekum was headed home by Patience Prah of Thunder Queens in an attempt to rather clear her lines, resulting in an own goal.

Both teams effected some changes where Success Ameyaw came on for Doris Boaduwaa of Hasaacas Ladies in the 69th minute while Gifty Osei  of Thunder Queens came on for Esther Mophat in the 81st minute.

Janet Egyir of Hasacaas ladies was adjudged NASCO player of the match for her great performance in defense.