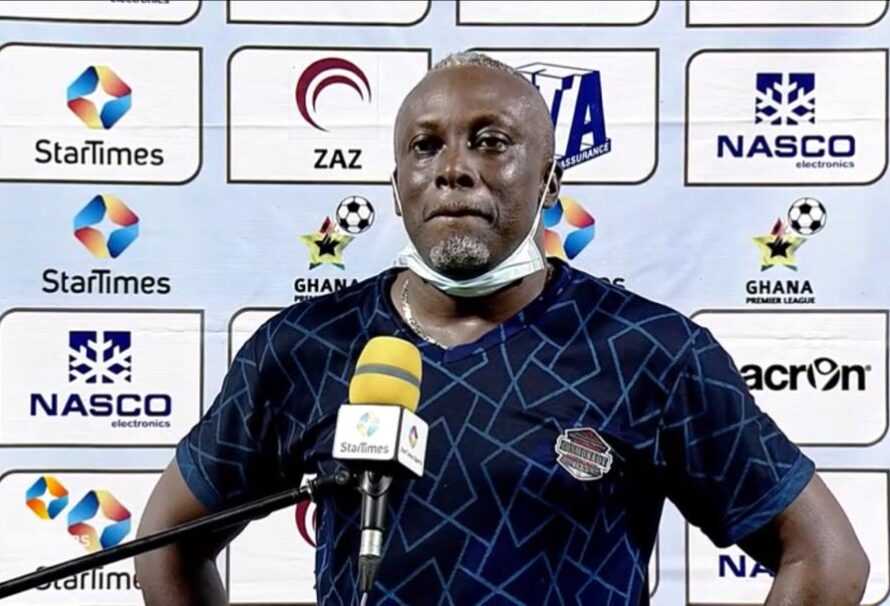 Olympics are having a fairytale season so far. They look a far much better side than the struggling team football fans witnessed in the truncated 2019-20 football season.

Olympics have so far recorded wins against Ghanaian giants Hearts of Oak and Asante Kotoko and moved level on points with league leaders Karela United on Tuesday after posting a 3-1 win over King Faisal.

The team then fancied as relegation battlers have now changed the narrative and are being considered likely premier league winners.

However Yaw Preko believes such talks are a bit too early as the season is still young. He shared his take during an interview with Kumasi based Silver FM in the aftermath of his side’s win over Faisal.

“We are not yet done with the first round. We have not covered enough grounds. So for now we don’t want to put that kind of pressure on the boys.

“We are taking it game after game and when we finish the first round, we will see how it goes,” Yaw Preko noted.