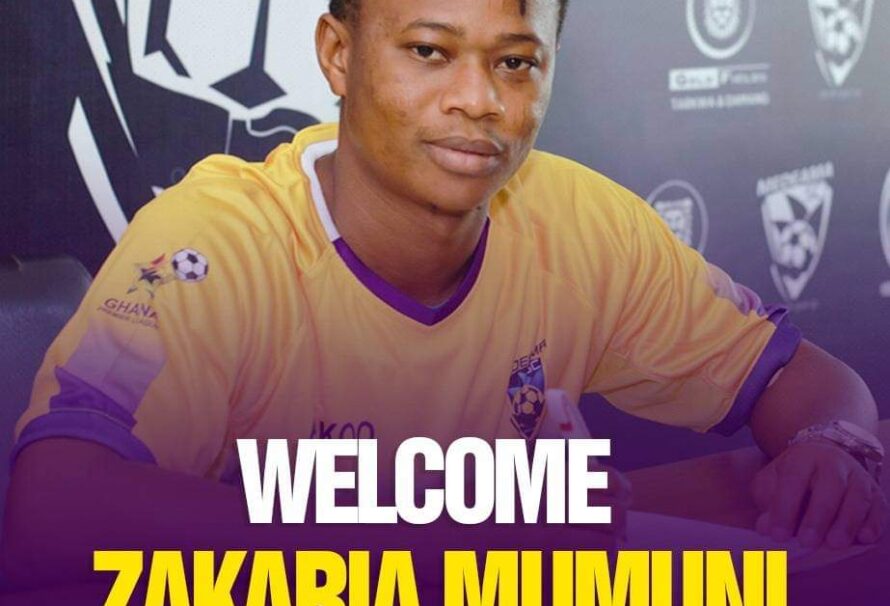 Zakaria Mumuni says he can’t wait to be part of the Medeama SC project after completing his move to the Tarkwa based side on Monday.

The winger signed a Two-year deal with the club after ending his spell with Congolese side A S Vita Club.

Speaking to the officials club website after his signing, Mumuni expressed his excitement on the club’s project. He also thank the club hierarchy for having faith in him.

“This is an incredible opportunity to join a club with such an amazing project.

“I would like to thank everyone at Medeama for the massive show of love and support in this short period.

“We hope work hard as a collective unit and make our fans happy. This is another challenge for me and I look forward to another giant step in my career.

“We want to perform at the highest level and get the desired results.

“Having spoken to the coach about the vision and direction of the team, its hugely exciting and I can’t wait to be part of it.”

Mumuni won’t be available for the Premier League match against Eleven Wonders at home on Wednesday but should be ready for the final game of the first round against Chelsea in Berekum.