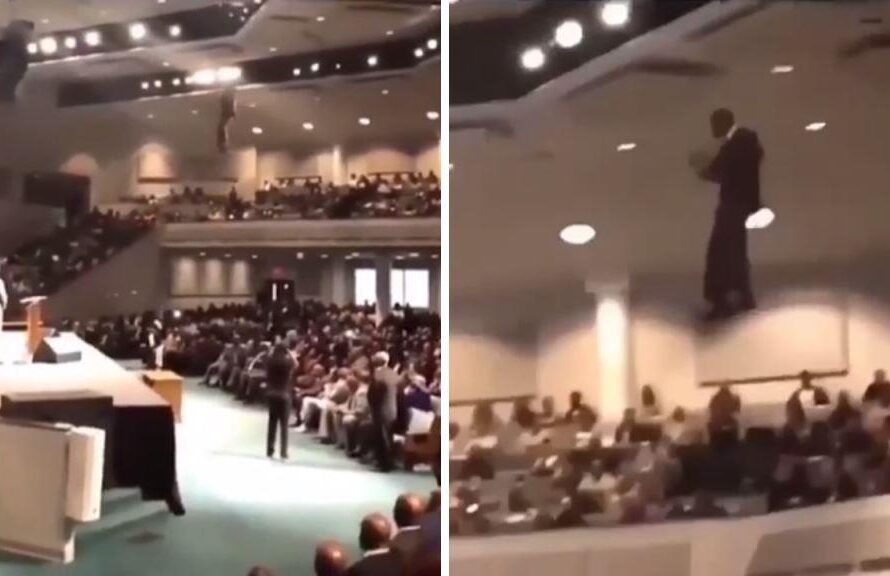 A man of God whose identity is yet to be established has sparked a conversation on social media after videos of him flying in his church during service has emerged.

The video sighted by GhanaPlus.com had the man of God suspended above his congregants in the sky, with support of something believed to be a rope being controlled by a mini invisible drone while sharing the gospel message of the day to them.

Believed to be talking to his congregant about the second coming of Jesus Christ, the demonstration, others have argued that it was to create the picture of how Jesus’ coming would be like.

Social media has since reacted to the video describing the man of God as a flying pastor.