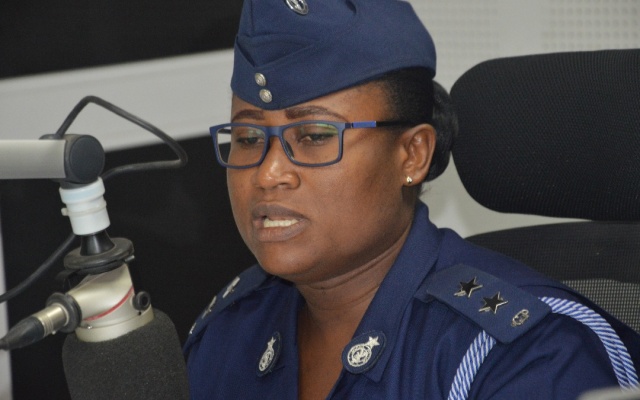 The Ghana Police Service has warn the general public against heeding to calls from conveners of the #FixTheCountry campaign to demonstrate without compliance to the Public Order Act.

A statement dated June 8 and signed by the Head, Public Affairs Unit of the Service, Deputy Superintendent of Police, Ms Efia Tenge said the substantive case involving the campaigners’ right to demonstrate was still before the court and slated for hearing on June 14.

The statement indicated what was quashed earlier today, June 8 by the Court was an ex-parte restraining order banning the campaigners from demonstrating indefinitely.

“The Supreme Court quashed earlier order granted ex-parte by the High Court on May 6, 2021, restraining the conveners of the Fix-the -Country protest from embarking on a public demonstration. The decision of the court was based on the indefinite term in the ex-parte Order was made,” the statement said.

“The substantive case between the Police and the conveners on their right to demonstrate is pending at the High Court (Criminal Division 1), Accra and slated for hearing on Monday, June 14, 2021,” the statement added.

“The public is advised to disregard any call to demonstrate by the conveners of the “Fix –the –Country” protest march without complying with the provisions of provisions of the Public Order Act(491”).