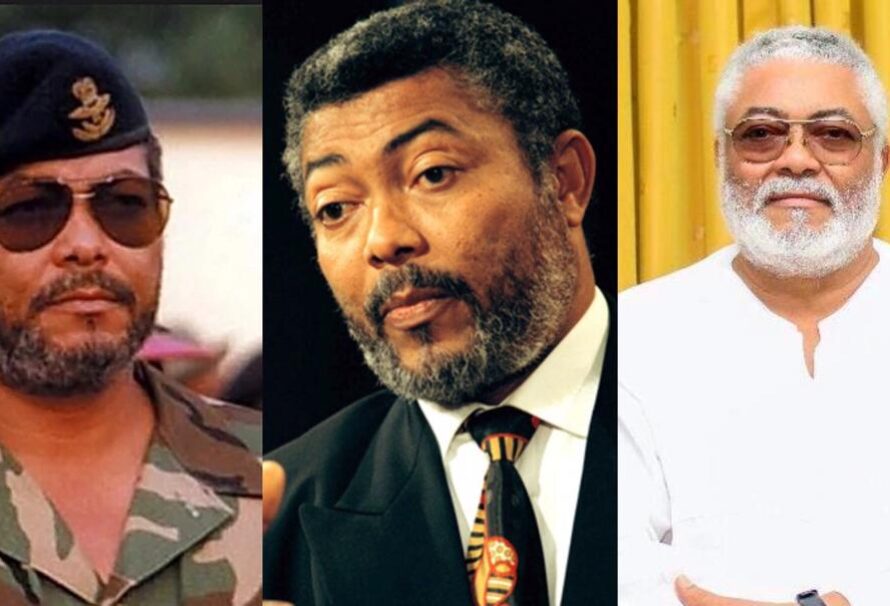 The late former President of the Republic of Ghana, Jerry John Rawlings will finally go home to his creator, today, Wednesday, January, 27 as the final funeral right organized in his honour enters the fourth and the final day.

The ceremony started on Sunday,January 24 with a requiem mass in his honour at the Holy Spirit Cathedral in Accra and followed with a two days filing pass of his mortal remains at the International Conference Center where he was laid in state.

The fourth and final of the list of activities, a burial service in his honour has already began at the Black Star Square also known as the Independent Square with the clergy drawn from the Methodist, Catholic , Presbyterian and Anglican churches of Ghana leading the ceremony.

Some representatives from neigbouring countries Nigeria and others as well as diplomatic communities in Ghana have also arrived at the burial ceremony.

He died after a short illness few weeks after he buried his mother, Madam Victoria Agbotui.

Papa J, as affectionately called by Ghanaians died at age 73 at the Korle-Bu Teaching Hospital where is was undergoing treatment.

He was the founder of Ghana’s largest opposition party at the moment, the National Democratic Congress(NDC).