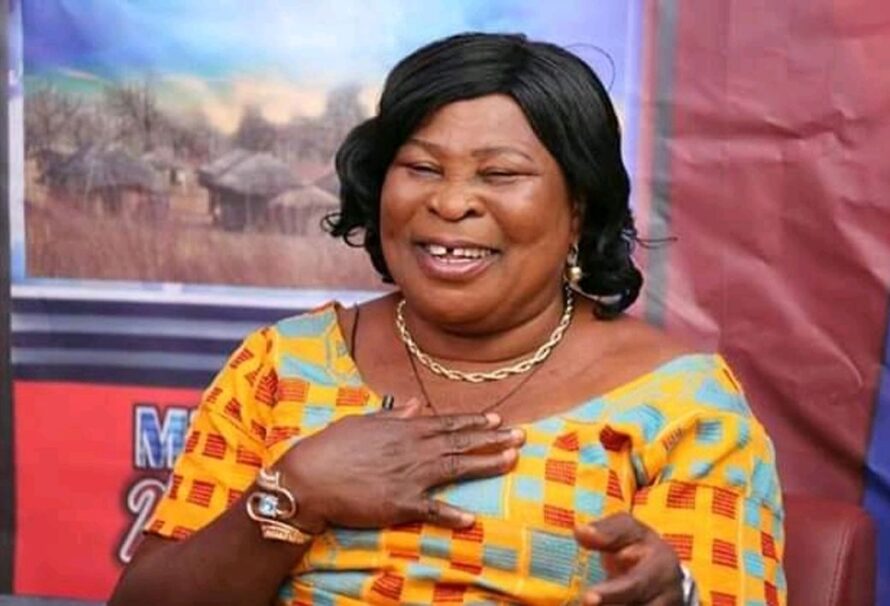 The struggle to occupy Ghana’s highest office of the land, the Presidency, has always been reserved for the elite, despite the country’s initial leadership system which was drawn from the traditional authorities with no knowledge of formal education whatsoever.

The practice of entrusting the destiny and leadership of an entire community and it progress into the hands of the uneducated has gradually changed with time, beginning from the 16th century when the country was first introduced to formal education by the Europeans.

Today, more and more people prefer to have the elites in such realm of affairs mainly due to globalization and so, for Madam Akua Donkor, a 58-year-old uneducated cocoa farmer, making it to Ghana’s Presidential race and on ballot sheet to contest among such men of academic repute is certainly a dream come true and definitely, one, that many did not anticipate any time soon.

Having been subjected to ridicule over the years with an impossible to achieve tag placed on her, the cocoa farmer whose highest credential in politics was a one-time Assembly woman for Herman in the year 2016 was cleared by the country’s electoral body, the Electoral Commission on October 19, to contest in the December 7, polls together with eleven (11) others have tried unsuccessfully on two consecutive times in 2012 and 2016.

Who qualifies to be a President of Ghana?

Per Chapter 8, Article 62 of the 1992 Constitution of Ghana, a person shall not be qualified for election as the president of Ghana unless:

Madam Akua Donkor is currently occupying the number five (5) positions on the Presidential ballot sheet running on the ticket of her Ghana Freedom Party (GFP), a party she founded in 2012 having met all the provisions set by the Constitution and the Electoral Commission.


She is competing with the likes of the President of Ghana, the NPP’s Nana Addo Dankwa Akufo-Addo, an astute Legal Practitioner, Former President and Vice President of the Republic, and a representative of the NDC, John Dramani Mahama, a Communication Specialist, CPP’s Mr. Ivor Kobina Greenstreet, a renowned Lawyer, Liberal Party of Ghana (LPG)’ s Mr. Kofi Akpaloo, a Businessman and  Managing Principal, Doveson Lovell, a Corporate Financial Planning and Consulting Firm based in the Ashanti Region and Ghana Union Movement (GUM)’s Mr. Christian Kwabena Andrews, a Businessman, an Entrepreneur, a Farmer, Prophet and Priest and Founder and Leader of the Life Assemble Worship Center.

The humorous cocoa farmer and politician is also on the ballot with two astute women namely the National Democratic Party (NDP)’s Nana Konadu Agyeman-Rawlings, an astute politician, a former first lady of the Republic for 20years, an Author, an Interior Designer with long list of political experience and achievement in the Ghanaian political scene having worked in various capacity and closely with her late husband, Jerry John Rawlings, the longest servicing and first President of the Fourth Republic and his National Democratic Congress Party and finally, Progressive People’s Party (PPP)’s Ms Brigitte Dzogbenuku, a former Miss Ghana and Vice Presidential Candidate, a Columnist, a  University of Ghana Bachelor of Arts degree in Modern Languages holder and Corporate Executive.

Despite the heavy academic and political accolades of her contenders, she had remained resolute to her dreams of making to the race since 2012, never given up at any point, an attribute worth mentioning and admiring.

Her story is more of perseverance and she would have been a fine leader if not for the only challenge of her inability to express herself in the queen’s language in writing and in spoken word.

With her 21point manifesto launched on September 12, 2020, addressing topical issues such as free Port, free education, free water, changing Ghana cedi to pounds, free cutlasses for farmers, one-year maternity leave for mothers, increasing cocoa prices to about ₵10000, one media house one car, free males for all school-going Ghanaians including those in the tertiary among others, the presidential candidate is sure to make life better for Ghanaians when given the node.

Her inability to read and write regardless, she has appealed to Ghanaians to grant her the honour to be their President and the first female to ascend the presidency and manage the affairs of the country and improve the living condition of all irrespective, of one’s academic credentials.

With barely a week to go to the polls and Ghanaians excessive appetite for the two leading political parties, the NDC and the NPP, it’s very much obvious that her influence in the polls would be minimal.

However, whether win or lose, she would still and certainly go down in history as the first uneducated Ghanaian cocoa farmer to make it to the country’s presidential race, competing with the greatest Ghanaian politicians of all times.