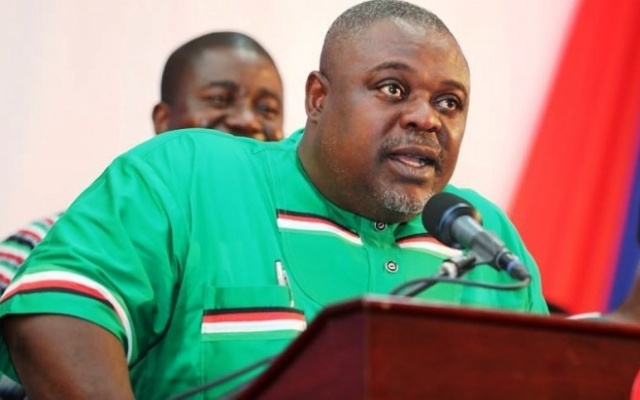 A former Deputy General Secretary of the National Democratic Congress (NDC) Koku Anyidoho has commended the President, Nana Addo Dankwa Akufo-Addo for appreciating that the achievement made by the Speaker of Parliament, Alban Bagbin was by dint of hard work.

Mr Akufo-Addo while delivering his first state of the nation address in in his second term on Tuesday March 9 said “Let me use this opportunity to congratulate, once again, the Speaker of Parliament, Rt. Hon. Alban Kingsford Sumana Bagbin, on becoming“Speaker of the 8th Parliament. His has been a distinguished career, having entered the 1st Parliament of the 4th Republic in 1993, and I came to meet him in the 2nd Parliament in 1997.

He has been Majority Leader, Minister of State, one of the “three wisemen” in a previous Government, 2nd “Deputy Speaker of Parliament, and now finds himself in this elevated position of being the third most important person in the governance structure of our country. It is wholly appropriate that, at such a critical period in the history of our country, my senior in Parliament and I should work together for the wellbeing of the Ghanaian people.

READ ALSO:  I am prepared to give Akufo-Addo $1M to procure COVID-19 vaccines

“Mr. Speaker, I wish you well in the discharge of the duties of this high office. Mr. Speaker, in 2017, I was here for the first time as President of the Republic, having won the election of 2016, and having inherited a faltering  economy and an expectant people. Between that time and 2020, I sought to deliver on the mandate reposed on me and my party, the New Patriotic Party, and gain, once again, the confidence of the Ghanaian people. It was by no means a straight-forward task. We were able to deliver on most of our 2016 promises. In spite of the considerable challenges we confronted, and the setbacks we encountered, we were confident our record in office would put us in good stead before the electorate, and earn us a second term in office, which it did.

“It means that the reason for which the Ghanaian people went to the polls on 7th December, i.e to seek an improvement in their living standards and the rapid transformation of the economy, must continue in earnest. It means that the clarion call of “Four More for Nana and the NPP to do more for you” must be realised, and I intend to do so.”

Sharing his thoughts on this in a tweet, Mr Anyiodoho who is a former Director of Communications at the Presidency under the Mills administration said “Matured statement by President Akufo-Addo in appreciation of what Rt. Honourable Bagbin has achieved by dint of hard work & the kind grace of God.”

Matured statement by President Akufo-Addo in appreciation of what Rt. Honourable Bagbin has achieved by dint of hard work & the kind grace of God 🙏 pic.twitter.com/nKyNdnCCFo