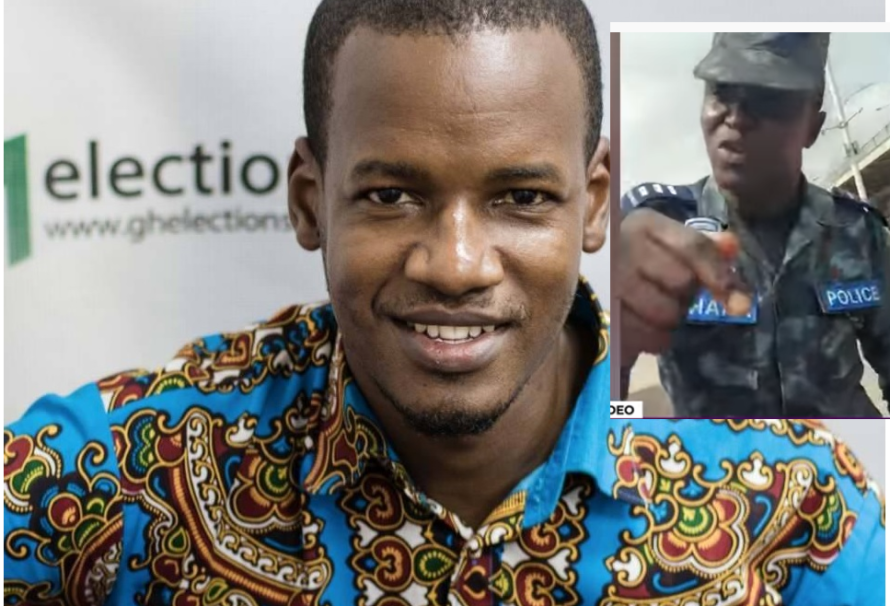 Renowned Citi TV Broadcast Journalist, Omaru Sanda was on Saturday, January 2, harassed by a team of Policemen at Circle in Accra.

The officers, a team of three(3) in a video sighted by GhanaPlus.com stopped the Journalist with apparently no reasons and demanded to  search him for drugs and ammunition.

Believed to be coming from the National Smart Weapon And Tactics (SWAT) unit of the Ghana Police Service  per the inscription on their white Isuzu 4×4 pickup with registration number GP4536, the men searched every nook and cranny of the Face to Face host vehicle including his bonnet and tissue box.

They also search his body and the pair of shoes he was wearing at the time, despite prior notice by the journalist that he would record the incident.

Narrating his ordeal, the Ghanaian Journalist noted the policemen stopped him for no reason and demanded  to search him.

He also revealed, the team’s in-charge, GhanaPlus checks revealed was a Chief Inspector verbally abused him, threatened to beat him and took and smash his phone.

“Listen if the police is searching you and you are not okay with it go to the moon. My brother you can go to the court for me searching you. I am proud of what am doing,” the in-charge said flaunting his name tag when the journalist threatened to sue him for verbal assault.

The officer’s however were unable to find the said drugs and ammunition for which reason the journalist was stopped for the search and left the scene subsequently.