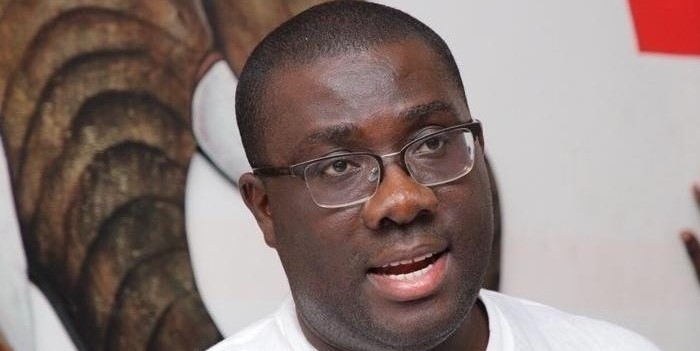 The National Organizer of the ruling New Patriotic Party (NPP), Sammy Awuku, has urged supporters of the opposition National Democratic Congress (NDC) to take a cue from what happened to him in the 2012 election petition as the party seek redress of the 2020 elections outcome at the Supreme Court.

Sammy Awuku said happenings during the proceedings at the Supreme Court could lure them to make certain comments that could land them in trouble.

In the 2012 election petition, Sammy Awuku, then a Deputy Communications Director of the NPP, narrowly escaped the wrath of the Court and from being thrown into jail for contempt.

The Court, presided over by Justice William Atuguba, however, barred Mr. Awuku, who had been attending the hearings, from coming to court until the case was over.

READ ALSO:  Step aside now if you are afraid to be the leader of the NDC – Koko Anyidoho tells Ofosu Ampofo

In a strongly-worded decision, the judges noted with concern the steady decline of respect for the Supreme Court, which is the third arm of government, warning that if the practice did not stop, it could lead to chaos in the country.

The Supreme Court further considered the admission of the offence by Mr. Awuku, and his subsequent rendering of an apology and plea for mercy, in addition to pleas rendered by lead counsel of parties in the case, both in chambers and in open court.

Mr. Awuku, on the orders of the judges, stood in open court till they came out from a prolonged meeting in chambers, considering the possible punishment to slap on the NPP Deputy Communications Director.

READ ALSO:  Kamala Harris, throws one at Trump, there is “no Vaccine for Racism”

The then Deputy Communications Director was said to have made unsavoury comments against the Court, during a political programme on Peace FM.

Sharing his experience on Monday on Onua TV’s 100 Degrees hosted by Kwame Tutu, Mr. Awuku advised that “we should use Christmas to be calm as the NDC seeks redress in Court”.