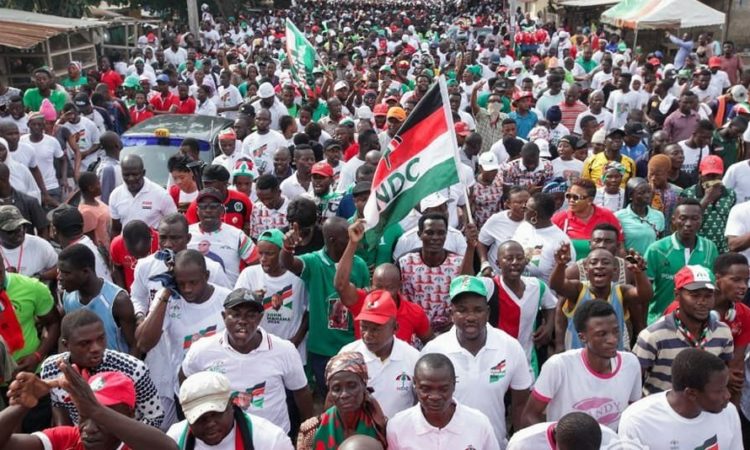 The National Democratic Congress (NDC) has promised to absorb all fees for students to be admitted into all tertiary institutions in the country in the 2020/2021 academic year.

A statement from the party and signed by its National Chairman, Samuel Ofosu Ampofo on Tuesday, December 1,  said the policy dubbed “Fa Ninyinaa” Policy was an enhancement of the party’s earlier Manifesto promise to absorb 50% fees for all continuous students of the various tertiary institutions in the country.

The statement said the party has accepted for the policy to be incorporated in the People Manifesto as one of its campaign promise accordingly, following the recommendation of the party’s Education Policy Group.

“The National Democratic Congress (NDC), announces that it has accepted for incorporation in the Peoples’ Manifesto, the recommendation of the Education Policy Group of the party that the next NDC government absorbs the FULL school fees of Ghanaian students who will be admitted to tertiary institutions in the 2020/2021 academic year”, the statement said.

“This policy is an enhancement of our commitment in the People’s Manifesto to absorb 50% of the school fees of all tertiary students for the 2020/2021 academic year through the “KYEMUPE” policy, which will now apply to only continuing students in tertiary institutions in the country,” the statement added.

Details concerning the new policy, the statement revealed would be communicated by the party’s flag bearer and Presidential Candidate, John Dramani Mahama in due cause.

“The Flagbearer of the Party, H.E John Dramani Mahama will in due course, throw more light on this enhanced package for Ghanaian students who be admitted to tertiary institutions next year dubbed, “FA NINYINAA”.