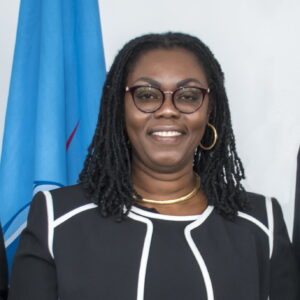 Ursula Owusu-Ekuful was born on 20th October 1964 and comes from Akim Oda which is located in the Eastern Region of Ghana. She is a lawyer and a women’s rights activist, she is also a Member of Parliament who represents the people of Ablekuma West constituency.

Ursula Owusu-Ekuful has been the Minister of Communications in Ghana since the assumption of power by her New Patriotic Party on 7th January 2017. On Saturday, 29th September 2018, she was installed as the Nkosuohemaa (Development Queen) by the traditional leaders and the people of Akyem Asuom in the Eastern Region of Ghana.

Ursula Owusu attended Labone Senior High School and also Mfantisman Girls Secondary School where she continued to complete her sixth form education.  She was called to the bar in 1990 after she completed her studies at Ghana School of Law and earned herself an LLB. Before completing her law studies at the Ghana School of Law, Ursula Owusu was a student at the University of Ghana.

She is married with one child to Dr. Sam Ekuful who is a UK-based Ghanaian ophthalmologist.