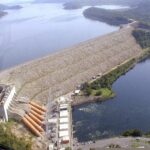 The sixteen Administrative Regions in Ghana inclusively have the Eastern Region being located at its southern domain of the Country. The Eastern Region is deemed as the Power-House of the country having the most dominated high-capacity electricity generation being the Akosombo Dam.
Koforidua is the administrative capital of the Eastern Region. The main spoken languages are Akan, Ewe, Krobo, Hausa, and English. It covers an area of 19,323 square kilometers which represents about 8.1% of Ghana’s total landforms.

Eastern Region is the third most populated region in Ghana with a total population number of about 2.6 million people according to the 2010 census.

Koforidua as the Regional Capital serves as a commercial center for the Eastern Region and New Juabeng Municipality. The city is home to many businesses with the exception of heavy-duty industries. Textiles, Crafts, Soaps, Carpentry, and traditional medicines are among the industrial activities within the Region.

The Region can boast of having one of Ghana’s oldest Pharmaceutical Infusion industry which manufactures drips and infusion for the West African Markets.

Albeit, the Akosombo Hydroelectric Project serves as a major source of Employment but Agriculture is known as the main economic activity in the region which employs about 53% of the population, followed by 10.7% in the industry with about 22% in the service sub-sector.

Natural resources such as Gold, Diamond, Bauxite, limestone, Kaolin, and Clay abound in the Region, but gold and diamond are however the only minerals that are mined commercially with the country’s only commercial diamond mine at Akwatia.

Education and Tourism in Eastern Region

The veritable tourism potential of the Region provides predominant tourism attractions such as Obuo Tabri mountain, which is considered sacred, nearby is the Akosombo Dam which holds the famously known Lake Volta, the world’s largest man-made lake. In the same region is also the Aburi Botanical Gardens, which covers an area of about 64.8 hectares occupied by a mixture of indigenous and beautiful exotic trees. Not forgetting Akaa Falls, Boti Falls, Umbrella Rock, the Big Tree, and Tetteh Quarshie Farms which happens to be the first Cocoa farm in Ghana.

Umbrella Rock, located at the site of the Boti Falls in Yilo Krobo District.

The Kwahu mountain for example has offered the opportunity to institute the annual Easter Paragliding Festival which attracts tourists across the Globe to the Region.

The Akwantukese (the big Journey) festival is celebrated yearly to mark the movement of the inhabitants of Koforidua’s ancestors from Asanteman to their present location Koforidua. Also, Akuapem Odwira and Chum Festivals, two of the famous and most important cultural festivals celebrated in the country, are celebrated in turns by the chains of towns on the Akuapem Ridge. These festivals commence in September and end in January every year.

Odwira Festival, celebrated by the chiefs and peoples of Fanteakwa District in the Eastern Region of Ghana

The notably Initiation festival, Dipo is celebrated by the people of Odumase in the Eastern Region. This festival is used to usher into puberty, girls who are virgins and it signifies that a lady, who partakes in it, is of age to be married.

Eastern Region has since time memorial produced some of the most elite and notable people for the country with the likes of Dr. J. B Danqwah, Osagyefo Amoatia Ofori Panin, Ken Ofori Attah and the President of the Republic, Nana Addo Dankwah Akuffo Addo.

Map of Eastern Region of Ghana