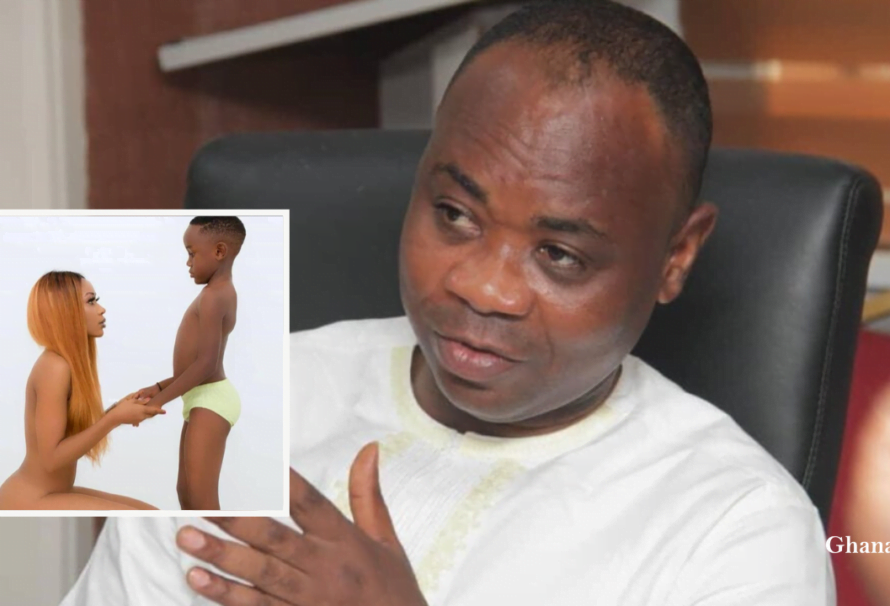 The organization whose aim is to uphold the fundamental human rights of children in a statement said the picture violates the child’s right to privacy.

The statement was signed by the Executive Director Mr. Bright Appiah and addressed to the Director-General, Criminal Investigative Department (CID).

“Our attention has been drawn to a nude picture involving a certain Miss Rosemond Brown popularly known as Akuapem Poloo and a child circulating on social media“.

“As a child rights organization that believes in upholding the rights of children, we deem this act a violation of the Welfare Principles of the Children’s Act and abuse of the child’s rights to privacy and dignity. We wish to notify your esteemed office to investigate the taking of the said image and its circulation”

On Tuesday, June 30, the Ghanaian Actress and social media celebrity took to her Instagram page to celebrate her son’s birthday with their picture.

In the picture, the actress was seen naked while her son, Mudasir Muhammed Yakubu was only in an under pant with the captioned.

“Son today reminds me of the very day I gave birth to you with no stress and with no regret…..30th June 2013 exactly 4:46 am Sunday Haha I still remember this date paa because it’s really meant a lot to me, I only felt the 30 minutes pain when you were turning to come out🙉🙉🙉 you were too good to me.

I gave birth with no complication, no cute no disability Haha I love you son.

You see how you are looking at me🤔 always remember that I love you👩‍❤️‍👨 I’m naked in front of you because this is how naked I was giving birth to you, so in case you find me naked lying somewhere don’t pass by me but rather see me as your mom who brought you to life”.

READ ALSO:  Mr Beautiful return to the screens, see how Ghanaians reacted to his come back

HAPPY BIRTHDAY TO YOU @sonof_poloo

The post by Akuapem Poloo, however, has caused missed reactions on social media. While some support the actress, others were of the view that the development was unacceptable.

The actress has since urged Ghanaian to acknowledge the message that accompanies the picture.